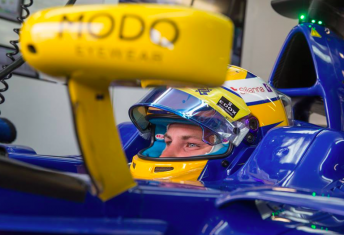 Marcus Ericsson has been declared fit for this weekend’s Malaysian Grand Prix after incurring minor injuries following a cycling crash involving a chicken.

The Sauber driver struck a chicken at 45 km/h while cycling with his trainer in Thailand following the Singapore Grand Prix.

Ericsson suffered cuts and bruises after being thrown from his bike, but the Swede has since received the all-clear to compete at Sepang.

The 26-year-old tweeted: “Arrived in KL today. As some of you’ve read I had a accident on the bicycle in Thailand. Lucky to get away with only bruises and scratches.”

Hitting a (big) chicken doing 45km/h is not to recommend 🙈 but I’m all patched up and ready for the weekend 👍🏻😎 #ME9 pic.twitter.com/npZmatpOo6