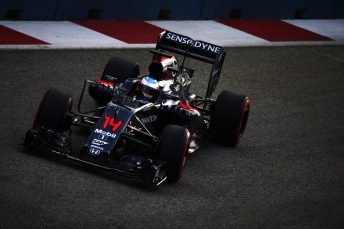 Fernando Alonso will start the Malaysian Grand Prix from the rear of the grid after incurring a 30-place grid penalty following an engine change to Honda’s upgraded power unit.

The McLaren driver has suffered several mechanical failures which has prompted the Woking squad to fit a new engine to avoid further penalties for the remaining six races.

As a result, Alonso will exceed the allocation of engine components for the season.

The switch will see Alonso run Honda’s latest iteration of its F1 engine, which features a lighter block and an improved exhaust, in Friday practice.

The Japanese manufacturer is keen to gather data on the engine’s performance ahead of its planned race debut at Suzuka next weekend.

Alonso is expected to switch back to an older specification engine for the remainder of the Malaysian Grand Prix weekend.