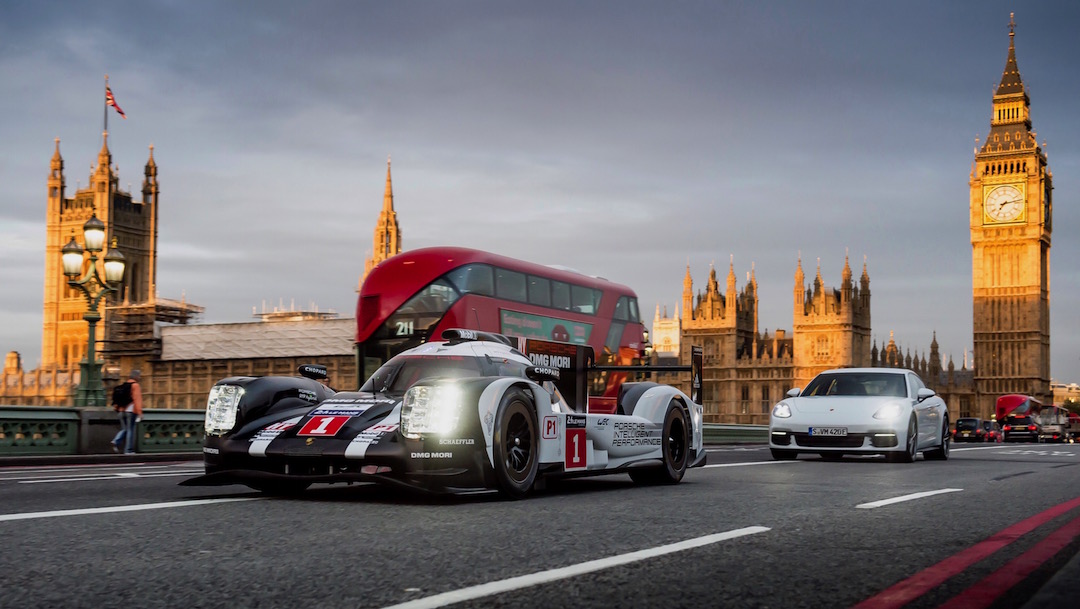 Porsche found an elaborate way to showcase its most advanced racetrack and road car technology when the World Endurance Championship crushing 919 Hybrid and the all-new Panamera 4 E-Hybrid toured central London.

It was the global debut of the Panamera which transcends many of the petrol/electric features seen in the 919 LMP1 machine.

The controlled exercise was conducted as dawn broke on the English capital.

It wasn’t the first time Webber has driven a top flight race car through an iconic city having toured the Sydney Harbour Bridge in a Williams Formula 1 machine 11 years ago.