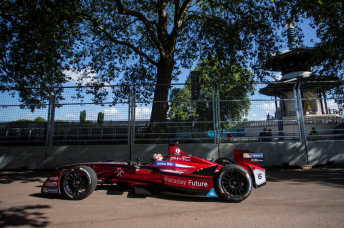 The FIA International Court of Appeal has dismissed a protest by Dragon Racing that had lingered since the final round of the Formula E season in July.

DS Virgin driver Jean-Eric Vergne received two penalties at the London event but still managed to claim third for his team in the standings.

He was slapped with a 50s penalty for using too much energy which dropped him to seventh and was given a further one second penalty for an unsafe release amid the car swaps.

Dragon had argued the penalty should have been more excessive for the unsafe release.

The Court, after having heard the parties and examined their submissions, declared the appeals inadmissible, leaving the final positions unchanged.