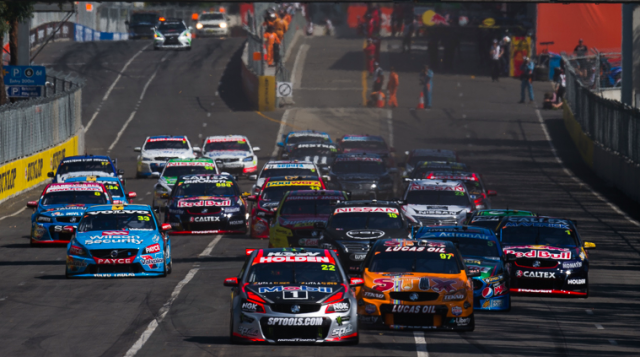 Supercars and the New South Wales Government are poised to confirm details of a deal for Newcastle to host the category from 2017.

NSW premier Mike Baird is expected to announce the new event during a press conference in the harbour city later today.

As previously reported, Newcastle will replace Sydney Olympic Park as the Supercars finale from next season.

A five year agreement is expected to be confirmed for Newcastle to host the final round, together with an option for a further five year extension.

A circuit design taking in the city’s East End is also expected to be revealed ahead of the inaugural event, slated for November, 2017.

It will be known as the Coates Hire Newcastle 500, taking over the naming rights sponsorship currently enjoyed by the Olympic Park event.

The Olympic Park street circuit has held the Supercars finale since 2009, but will be discontinued after this year’s race due to the high cost of operating the venue.

Supercars had initially set its sights on Gosford for its Olympic Park replacement before striking a joint deal with Newcastle City Council and Destination NSW.

Confirmation of Newcastle is set to provide the final key piece in the 2017 Supercars calendar puzzle following recent announcements surrounding Winton and Sandown.

The Newcastle deal also follows multi-year extensions between Supercars and the Queensland Government for its marquee Townsville and Gold Coast street races to continue.