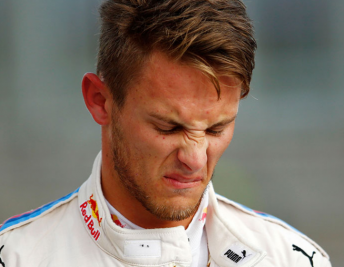 Marco Wittmann’s chances of repeating his 2014 championship success took a sour turn after he was excluded from Race 2 at the Hungaroring.

Wittmann crossed the line in fourth after an early altercation with chief title rival Edoardo Mortara.

However the BMW Team RMG star was disqualified from the results with his M4’s skid pads allegedly not meeting the required thickness.

The ramifications saw what would have been a 26 point lead for Wittmann going into the final round, reduced to 14 over Mortara (Abt Audi) who was classified in 19th.

In the opening race contested over 26 laps, Mortara beat Jamie Green (Rosberg Audi) and Miguel Molina (Abt Audi) while Wittmann was seventh.

The final round is scheduled for Hockenheim from October 14-16. 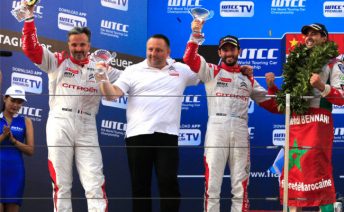 Yvan Muller, who announced his retirement from the WTCC at the end of the season, was third ahead of Lopez.

“It has been a fantastic weekend for all of us. We were the fastest out there,” Lopez said.

“We are all incredibly lucky to be part of this amazing adventure and we will be looking to finish in style in Doha.”

The final round of the WTCC is schedule for the Losail International Circuit at Qatar from November 24-25.