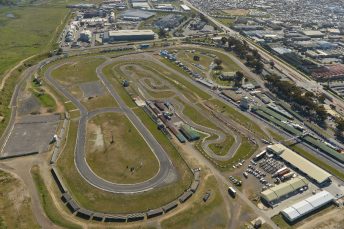 A new rallycross circuit will be built at the Killarney circuit

South Africa will host the final round of the FIA World Rallycross Championship next year.

Cape Town’s Killarney race circuit has signed a multi-year deal with series promoters IMG to host the championship at a new permanent rallycross course to be built this year.

The announcement will see the championship head to Africa for the first time having previously held events in Europe, North America, South America and Asia since its inception in 2014.

Located at the foot of Cape Town’s famous Table mountain, the circuit was established in 1947 and hosted a non-championship Formula 1 race in 1960.

“Killarney is delighted to be hosting this first of its kind event in Africa,” said Des Easom, Executive Manager of Killarney International Raceway.

“Our thousands of loyal fans and spectators, Cape Town and its New Seven Wonders of Nature Table Mountain deserve no less.

“This is a thrilling, highly competitive form of racing with international appeal and media coverage.

“We look forward to working with IMG and pooling our expertise and experience on the series of events.

“This is a great addition to our whole-year racing calendar and spectators can look forward to an international and world-class event.”

The addition of South Africa to the schedule is the first event confirmed for the 2017 World Championship calendar.

Championship boss Paul Bellamy says expansion into Africa has been on the championship’s radar for some time.

“We have been looking at South Africa as a potential new venue in World RX for some time and we are delighted to be able to announce the new deal from 2017 onwards,” said World Rallycross managing director, Bellamy.

“We are the only FIA World Championship to host an event in sub-Saharan Africa and the Killarney circuit is a fantastic facility where we can create a truly sensational season-closer.”