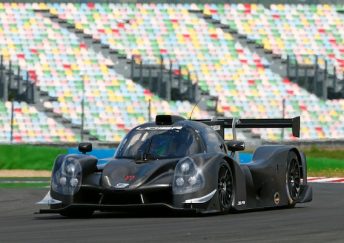 The Melbourne driver will team up with Douglas Motorsport to pilot a newly purchased Ligier JS P3 LMP3 alongside Ginetta racer Mike Newbould for the series’ inaugural round at Snetterton from October 8-9.

Randle, who finished fourth in the BRDC British F3 Championship for the Douglas Motorsport squad this season, will experience his first taste of the car during a two-day test at Snetterton from October 3-4.

The 20-year-old will then take part in two 60 minute races at the Norfolk circuit the following weekend.

“Mike was instrumental in me making my Formula 3 debut at Zandvoort recently and I’ve been doing some driver coaching this year with him in his Ginetta Supercup car, where he has been progressing really well.

“I’m really looking forward to the outing at Snetterton in the Le Mans spec prototype car and to be racing at my home circuit at Snetterton will hopefully give me a slight advantage.

“It’s also great to be back working with Wayne and the boys at Douglas Motorsport after the successful year we had together in BRDC F3.”