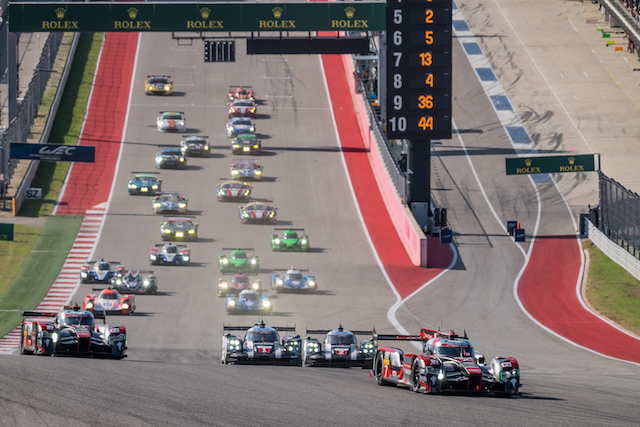 The World Endurance Championship will see a largely unchanged schedule in 2017 with the exception of the prologue moving from France to Italy.

Subject to final sign-off by the World Motor Sport Council, the calendar will retain its nine-race format from this season.

The prologue, WEC’s official pre-season test, will switch from Paul Ricard to Monza from March 24-25.

Mexico will see its 6 hour race move from Saturday to Sunday while the only other scheduling change sees the Nurburgring move a week earlier to a July 16 timeslot which has previously been flagged.

“We are very pleased to have maintained this level of stability in the five years of the WEC to date, and our 2017 calendar allows us to continue to build on the tradition of endurance racing around the world,” Pierre Fillon, president of the ACO, said.

“Our increasing number of fans year-on-year is proof that returning to a venue at a similar time of year encourages people to make their plans to attend well in advance.

“The Le Mans 24 Hours needs no introduction, but we know that audiences in countries such as Mexico can only increase as their knowledge and interest in the WEC grows.

“We look forward to an exciting 2017 starting with our first visit to Italy.”