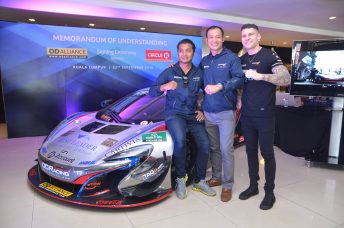 Lester sees the series as a stepping stone to landing a drive in the prestigious Le Mans 24 Hours.

“It will be my first time racing a McLaren however mid-engined GT3 cars are familiar territory for me so I expect to adapt quickly,” said Lester.

“With the ACO now fully behind the championship, the grids and quality are world class and I know we have a big challenge ahead of us to win the title.

“I have tunnel vision when it comes to Le Mans (24 Hour), and this is a step in the right direction.

“We are gunning for nothing less than victory, and I believe we have one of the strongest overall line ups in the GT3 class.”

Earlier this week, the Asian Le Mans Series has confirmed a 31-car entry for the championship which concludes at Sepang, Malaysia from January 20-22 next year.