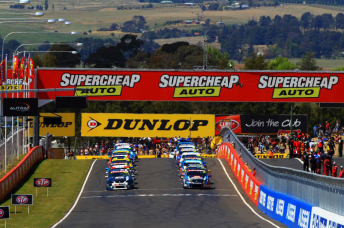 Supercars is set to make a major change to the Dunlop Series next year in a bid to attract more wildcards into the Supercheap Auto Bathurst 1000.

The second tier’s annual appearance at Bathurst is expected to become a non-points paying event in order to encourage more Dunlop teams to field cars in the 1000.

This year’s Great Race will take place without any Dunlop Series squads running wildcards as they each focus on their full-season programs.

The lack of extra entries has come despite the introduction of the Next Generation chassis into the Dunlop Series this year.

Bathurst has hosted a points scoring Dunlop Series round since 2005, with a single-race, 250km format introduced in 2014.

The mini-endurance format is expected to continue despite the removal of the points attached to the weekend.

Assisted by Garry Rogers Motorsport, Russell’s effort and a joint Minda Motorsport/Kelly Racing collaboration in 2012 are the only Dunlop Series wildcards seen at Bathurst in the last five years.

Although no longer involved in the second tier, Russell expects several Dunlop squads to take advantage of the change for 2017.

“What we did last year running two cars on the one weekend was really, really tough, so I think this is a smart move from Supercars,” Russell told Speedcafe.com.

“For teams running the Next Gen cars in the Dunlop Series, this will give them a great opportunity to give their drivers and sponsors a taste of the main game without having to find another car.

“I think you’ll probably have five or six teams that end up wanting to run. I think it’s very clever.

“The lure of Bathurst should still see a full grid for the Dunlop Series races as well, even if a couple of teams elect to do the 1000 instead.” 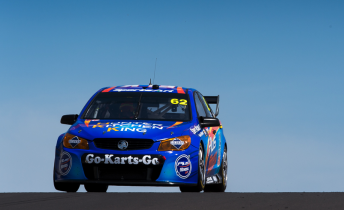 The change for Bathurst is thought to be the first step in a longer term plan to encourage Dunlop Series teams to run wildcards at other Supercars Championship events.

Such a prospect has been met with a mixed reaction from the main series squads who are required to turn up to all events as part of their Racing Entitlement Contracts.

“We need to be careful of taking the focus off the 26 cars that make the whole show run week in, week out,” GRM’s Barry Rogers told Speedcafe.com.

“The teams that drag their cars to Winton, to Barbagallo, to Symmons Plains, with the gold at the end of the rainbow being that the sponsors get a good run at the big events like Bathurst need to be looked after.”

Rogers, however, is not convinced that the business case will stack up, especially at an event where teams need to focus their attention on their regular entries.

“To get the workforce together to do a one-off event, it can become more of a distraction than anything else,” he said.

“It’s difficult for teams to do a wildcard justice while also making sure that you’re looking after your main cars.

“Unless you’ve got a manufacturer or a big sponsor that wants to bring in international drivers and it’s financed properly, it’s hard to make money out of adding another car.”

Dropping points from the Bathurst event is one of a number of changes expected for next year’s Dunlop Series calendar.

Replacing Barbagallo with Symmons Plains is also said to be under consideration as part of efforts to boost the Tasmanian event’s previously thin line-up of supports.

The Dunlop Series has not previously visited the 2.4km Symmons Plains venue in the category’s 17-year history.

This year has seen the Dunlop Series in action at Adelaide, Phillip Island, Barbagallo, Townsville and Sandown, with Bathurst and Sydney Olympic Park still to come.