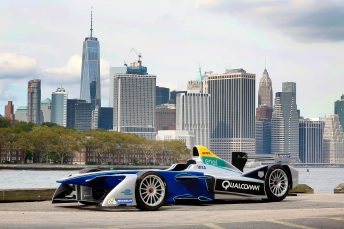 The FIA Formula E Championship’s New York season finale will take place on a street circuit with the Statue of Liberty and Lower Manhattan as its backdrop.

Event organisers revealed a 1.9km track, situated in Brooklyn, which will host the July 29-30 double-header as the American city joins the Formula E calendar for the first time.

The circuit, subject to FIA homologation, will see the cars navigate a 13-turn course around Pier 11 and the Brooklyn Cruise Terminal.

The New York City ePrix will be the first FIA-sanctioned open-wheel race to take place within the five boroughs of New York City in modern history.

“To race in New York City is a historic moment – not only for Formula E, but for motorsport in general – and again highlights the philosophy of Formula E to bring fully-electric racing to the world’s greatest cities,” said Formula E boss Alejandro Agag.

“When we originally started the project we could only dream of bringing Formula E to a place like New York, with arguably the most recognisable skyline of any city in the world.

“I’d like to thank everyone involved in helping bring Formula E to New York for many years to come.”

“Just being able to bring a motor race to the heart of a great city like New York is already an amazing achievement in itself,“ added FIA President Jean Todt, who attended yesterday’s launch.

Reigning Formula E champion Sebastien Buemi believes the circuit will be one of the most spectacular on the calendar.

“New York is one of the world’s great cities. I think it will be an amazing event, particularly with that backdrop,” said Buemi.

“I can’t wait to race there – I expect it’s going to be one of the most spectacular tracks we have been to so far.

“Formula E is always pushing the boundaries with where we go and, along with Hong Kong, Paris and Berlin, we can genuinely say we have the most exciting calendar ever seen in motorsport.” 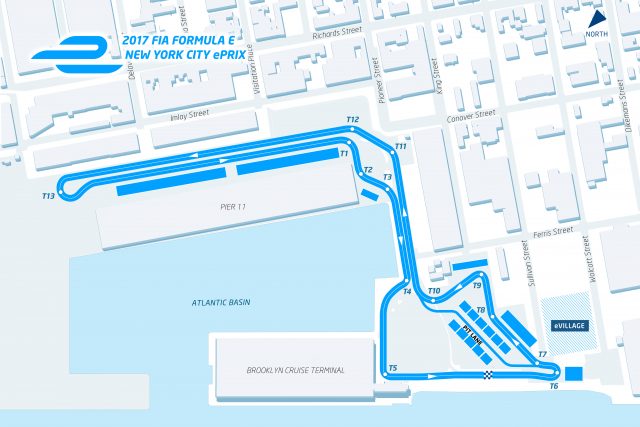