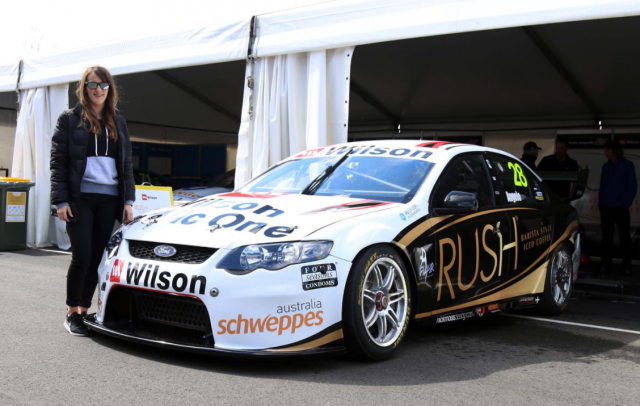 Long-time Dunlop Series team owner and talent scout Matthew White is convinced that Chelsea Angelo has what it takes to succeed in Supercars following her performance at Sandown.

The 20-year-old Angelo showed promising speed in her first outing aboard one of White’s ex-Prodrive Ford Falcon FGs, which she will also drive at Bathurst next month.

Angelo’s weekend was highlighted by a 10th place finish in Race 2, making her the first woman to score a top 10 in the Dunlop Series since Leanne Tander in 2009.

Although incidents hampered progress in Races 1 and 3, Angelo ended up with the third fastest lap of all in the final heat.

White concedes that Angelo still has much to learn but believes that she can one day graduate to the main championship. Next year will see Swiss import Simona de Silvestro become the first woman in over 40 years to race in the ATCC/Supercars Championship full-time.

Supercars has already expressed hope of seeing a young Australian follow suit, with Angelo and Renee Gracie both currently competing in the second-tier.

“We’ve had a lot of very good drivers come through our team and progress to the main series over the years,” said White,

“From the first time Chelsea sat in the car at Winton she’s displayed a lot of the key traits that we’ve seen in the likes of Chaz and Tim before.

“I’ve been impressed by her raw speed and how smooth she is with her inputs, which is very important in these cars.

“At Sandown we saw that her throttle application and braking were right there, it was just her confidence to really attack the kerbing that we need to build up.

“But she seems to be a fast learner and is already very focussed on where she can improve ahead of Bathurst.

“It’s really exciting for us and the sport to see the ability that Chelsea has.

“It’s early days, but it’s very clear to me that Chelsea has the potential to succeed in the Dunlop Series and eventually graduate into the Supercars Championship.”

Angelo, who ran the first three Dunlop Series rounds aboard an ex-GRM Holden before missing Townsville due to budget constraints, says she gained great confidence from Sandown. 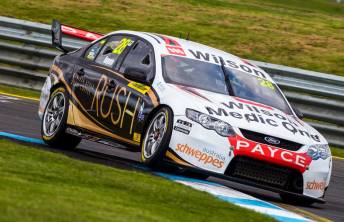 “I learnt a lot at Sandown and have taken a lot of confidence from the speed that we showed,” she said

“I was absolutely stoked to be in the top 10 in Race 2 in my first outing in this car and with MW Motorsport.

“I’m quite hard on myself and it was unfortunate that we could not put more results on the board, but there were definitely a lot of positives for me to take from the weekend.

“There’s a great environment in the team and so much that I can learn from their experience of working with young drivers.

“I’m really excited to be going to Bathurst next month and seeing what we can do there.

“It will be a lot different than in a Formula 3 car so the key will be to build up my confidence as the weekend unfolds.”

Angelo’s only previous Mount Panorama experience came at the Bathurst Motor Festival in 2014, where she finished both Australian Formula 3 Championship races in the top five.