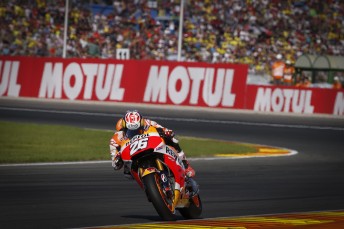 Valencia has signed a new deal to remain as the MotoGP season finale until at least 2021.

The Spanish circuit had entered into the final year of its current contract having hosted a round of the world championship since 1999.

Valencia has held the final round on the calendar from 2002 onwards, with the arrangement now set continue for another five years.

“We are thrilled that MotoGP will be returning to Valencia for another five years,” said CEO of MotoGP promoter Dorna, Carmelo Ezpeleta

“The new agreement to return to the track is fantastic for the championship, for the Comunitat Valenciana and for fans both in the region and worldwide, with the Circuit Ricardo Tormo always providing a unique and memorable event to end the season.”

The venue will host this year’s final round from November 11-13.

MotoGP heads to Spain’s Motorland Aragon Circuit this weekend for Round 14 of the championship.