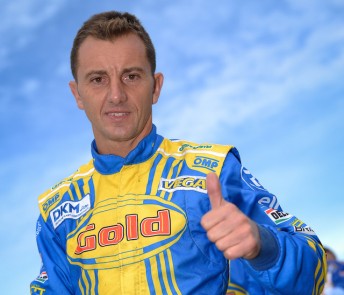 Five-times world karting champion Davide Fore is set to return to the International Race of Stars powered by SuperFest at the Gold Coast from October 14-16.

A winner at the previous two events at Pimpama’s Gold Coast Motorsport Training Centre venue, Fore will pair up with the Hashtag Racing team beside Gold Coast youngster Tomas Gasperak.

Fore’s confirmation follows the recent announcement the reigning World Champion Paolo De Conto will be on the grid in the KZ2 class.

“The past two years I’ve had an amazing time there (Australia) and I’m very excited to have the opportunity to come to the Gold Coast again,” 42-year-old Forè said.

Gasperak is excited about being mentored by the Italian.

“To be able to work with someone who has achieved what Davide has during his career is a dream come true,” Gasperak said.

The Race of Stars is part of the SuperFest attached to the Castrol Gold Coast 600 Supercars event.