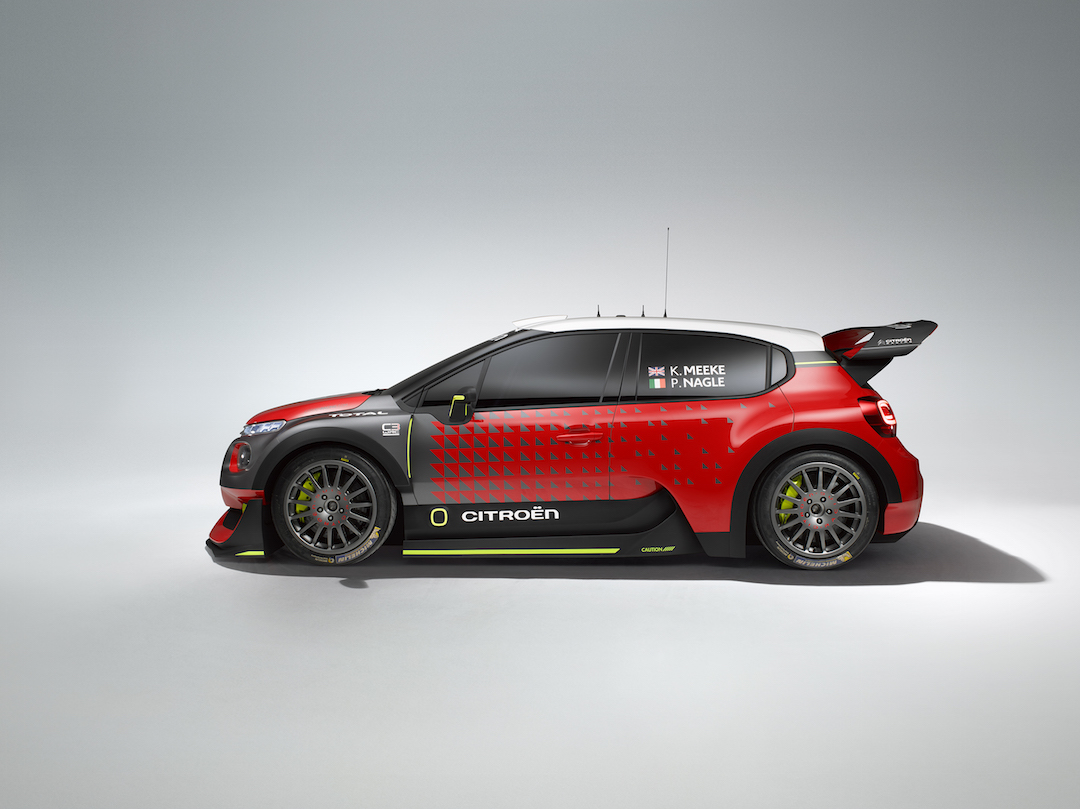 Citroen has offered a glimpse of the C3 WRC which will take on the new World Rally Championship technical regulations next year.

Ahead of an official reveal at the Paris Motor Show next month, the C3 aims to add to the French maker’s eight WRC manufacturers’ titles, nine drivers’ crowns and 96 wins.

The C3 has been developed in-line with the rule changes for next season which will see fast and more aggressively styled machinery tackle the WRC.

Based on the new C3, Citroen’s release stated: “Very close to the finalised car, the C3 WRC concept car hints at the intentions of the Citroen style centre without giving everything away about its final form.

“Based on the new C3, it retains all of its curves and fresh appeal. This ultra-sporty, brawny, and chiselled version incorporates the stylistic elements of the consumer version: a two-level illuminated logo, two-tone canopy and accents echoing the colours of the canopy.

“The exterior also stands out with a chassis 55mm larger than the new Citroen C3, affording greater aerodynamic freedom such as a spoiler for the front bumper.”

The final competition variant will include an engine output of 380bhp that uses a larger diameter turbo flange (36mm), greater aero freedoms with a maximum width of 1875mm, an overall reduction of 25kg in kerb weight and an electronically controlled differential. 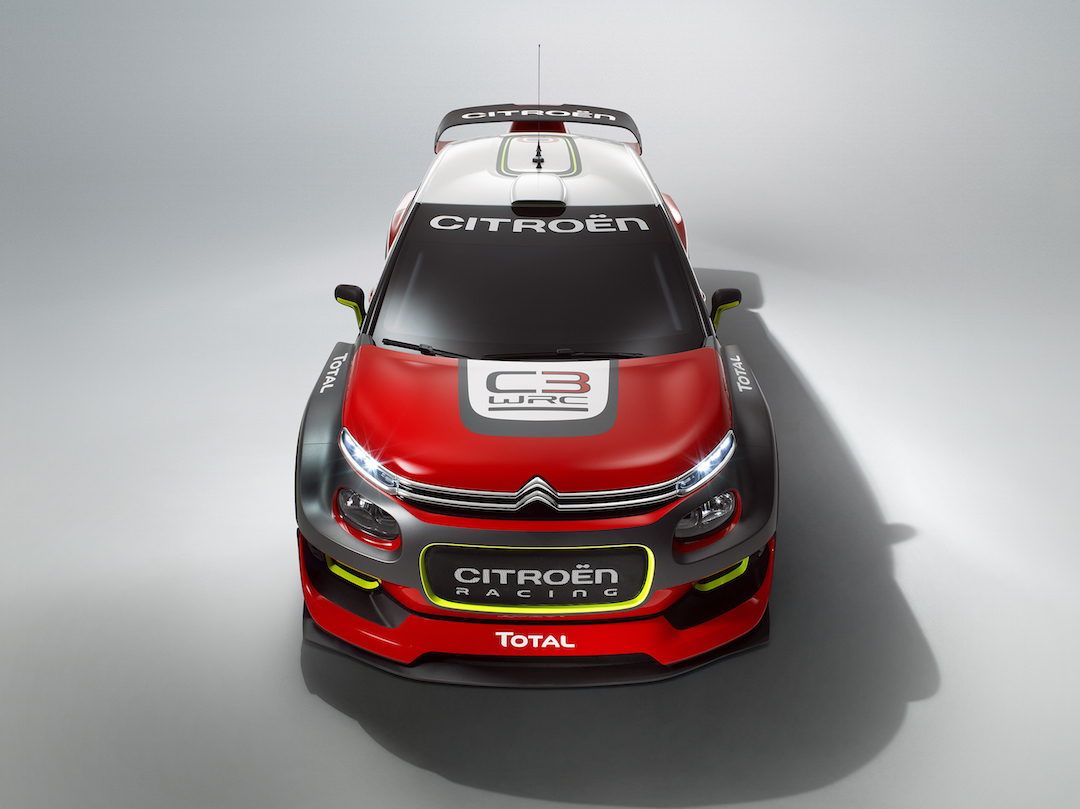 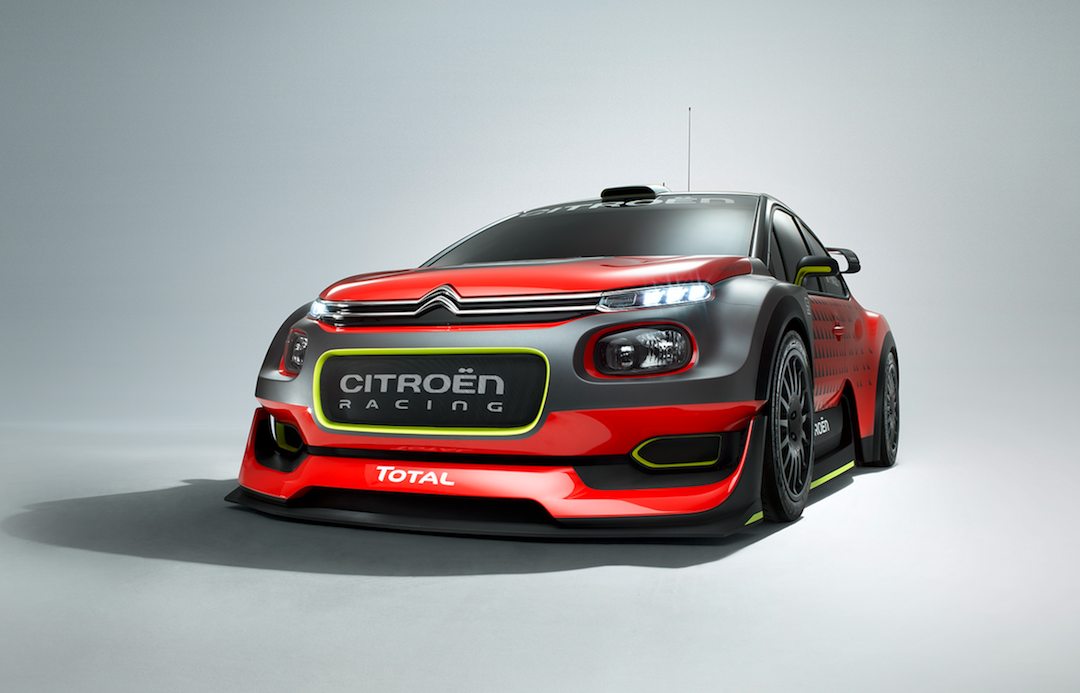 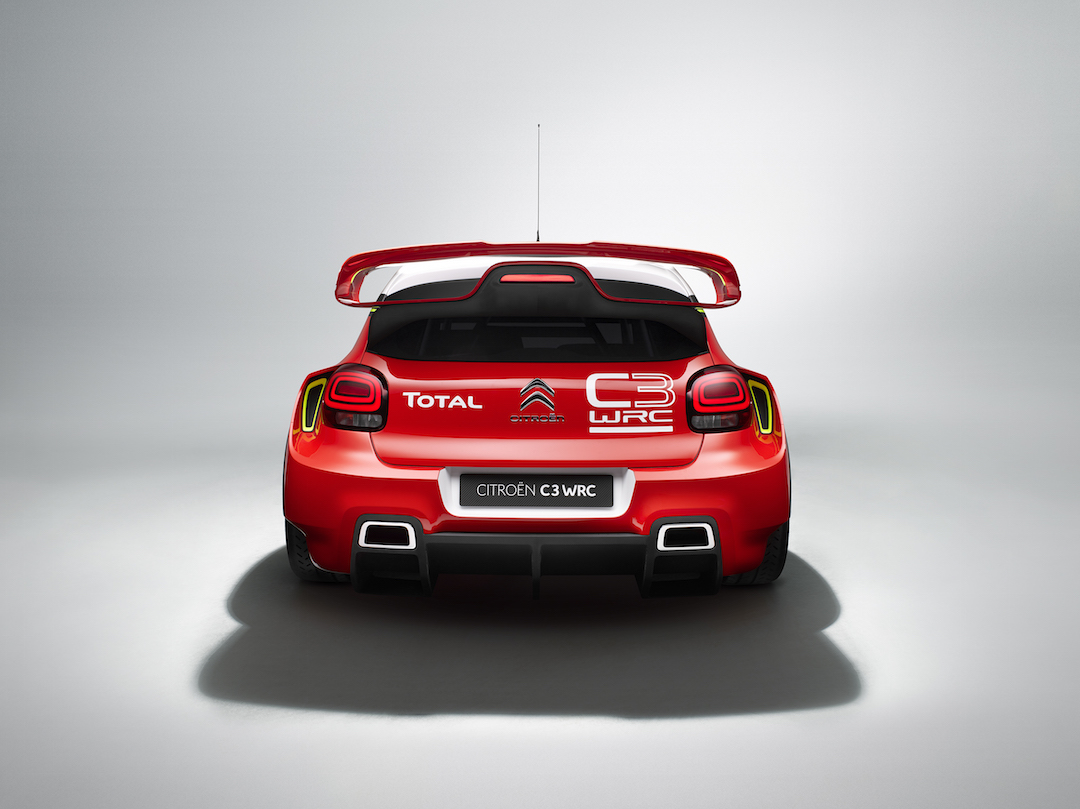