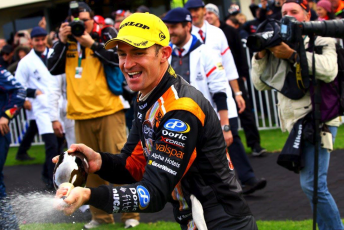 The result also turned around a horror run across Ipswich and Sydney that had seen finishes of 17th, 21st and 26th.

Davison’s struggles continued on Saturday at Sandown as he slid from third to 10th in the primary driver qualifying race.

Major overnight changes transformed the car on Sunday, where Webb and Davison were front-runners throughout.

“It’s the usual head scratching with this game,” said Davison of the fluctuating form.

“It’s very small margins and it’s my first year with the team.

“We’ve been a bit hit-and-miss so it was a big relief to get the car dialled in and get a great result (on Sunday).

“The last two events were really, really tough so it’s been a big five or six weeks.

“We made some reasonably big changes (on Saturday night) and the car was just a pleasure to drive in the race. 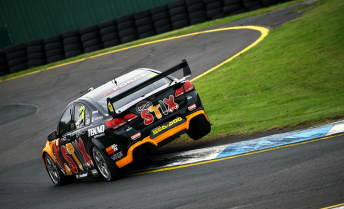 Tekno bounced back at Sandown

“We really needed a result for the whole team and I didn’t want to let the boss down because he did a mega job.

“It’s just great to have had a really good feel with the car and the speed we had. It’s a big relief.”

Davison held off Scott McLaughlin in the dying laps despite his Holden suffering a cracked header.

“We weren’t too worried about it,” explained Webb, who repeated his third place finish from Sandown last year.

“It was definitely a broken header and there wasn’t a lot we could do about it.

“We had a bit of a gap to Scotty so Will just had to keep his head down and finish it off.”

Webb and Tekno head back to Bathurst eyeing off a unique double, looking to add the Peter Brock Trophy to the 12 Hour win earned earlier this year.

The Tekno Holden was amongst the fastest cars at Bathurst in each of the last two years, but fell short of a top result on both occasions.

“I haven’t been on the podium there yet (in a Supercar), but after this weekend we’re really happy and we’ll go up there feeling confident,” said Webb.

“It’s a long weekend up there so we’ll do what we can and see where we pop out.”

Davison remains sixth in the championship after Sandown, 436 adrift of Shane van Gisbergen who took the lead with a second place finish.