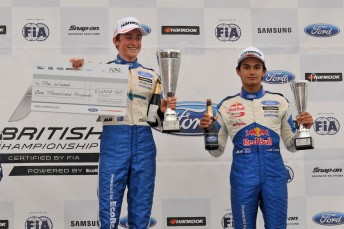 Rising Australian single seater star Zane Goddard scored an impressive double victory in the latest round of the British Formula 4 Championship at Silverstone.

The Gold Coast driver made a superb start from the second row to leap from fourth to the lead on the opening lap of the first race.

With a clear track ahead of him, Goddard controlled the race to take the chequered flag by 7.3s from title challenger Sennan Fielding and Devlin DeFrancesco.

Countryman and title rival Luis Leeds was in the mix for the podium places until he suffered a puncture after contact with Fielding.

Leeds bounced back in Race 2 to finish third behind Alex Quinn and Rafael Martins, while Goddard progressed from ninth to sixth.

Goddard once again showed his class in the final heat as he picked off Leeds and Fielding wth two slick passing moves to score his second win.

Leeds followed Goddard home in second with Fielding forced to settle for third.

The championship heads to the Brands Hatch Grand Prix Circuit for the final round (October 1-2), with Leeds lying third in the standings just 19 points shy of Fielding.

Goddard’s success has lifted him to tied seventh overall. 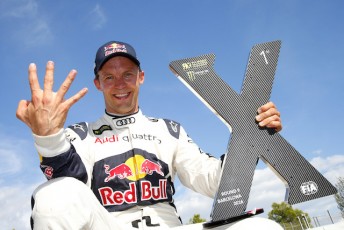 Mattias Ekstrom reclaimed the World Rallycross Championship points lead following his fourth victory of the season at Round 9 in Barcelona.

Ekstrom’s victory sees the Swede lead the driver standings by 10 points but the question remains as to whether he is able to miss a round of DTM in order to compete at Buxtehude in Germany, which clashes with the touring car series on October 10.

“The competition is very tough and you need to be on your A-game throughout the weekend to be in with a chance,” Ekstrom said.

“The entry deadline for the Buxtehude race is next week so I’ve been getting asked about what I’m doing a lot at the moment.

“I haven’t missed a single DTM race in 15 years so it’s a big discussion.”

The next round is scheduled for Latvia on September 30. 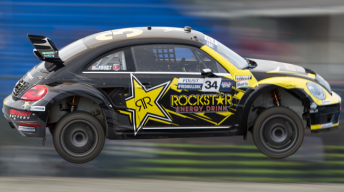 Volkswagen Andretti’s Tanner Foust has bounded back to the winners’ circle by taking the final at Seattle’s Evergreen Speedway.

Significantly, the fourth win of the year for Foust saw him retake the points lead from team-mate Scott Speed.

“The track was gnarly, and all the teams had a big battle. But Volkswagen Andretti pulled it off and it was spectacular,” Foust said.

A wet and wild Saturday saw the most experienced teams and drivers rise to the top.

Honda Red Bull Olsbergs MSE drivers Sebastian Eriksson and Joni Wiman climbed to second and third early in the main event and held on for 10 laps each.

Australia’s Chris Atkinson, returning for his second tilt in the championship after this debut in Atlantic City, finished sixth for Subaru Rally Team USA WRX STi.

In GRC Lites, Conner Martell gave Washington-based DirtFish Motorsports a hometown victory after qualifying on the pole on Friday.

The championship finishes with the Los Angeles double-header on October 8-9. 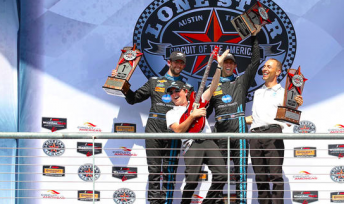 Siblings Jordan and Ricky Taylor prevailed in a thriller to win the Lone Star Le Mans race at the Circuit of the Americas in Texas.

The pair guided their Corvette Daytona Prototype to a 1.4s win over the Action Express Racing Corvette of Dane Cameron and Eric Curran. 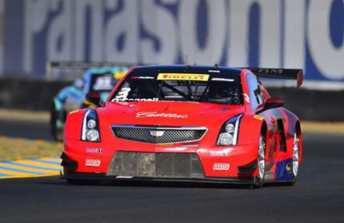 Johnny O’Connell claimed both wins for Cadillac Racing at Sonoma.

In the opening race, O’Connell denied polesitter Austin Cindric a maiden win while in Race 2, the prolific winner cleared out to an 11.3s victory.

O’Connell was too strong for the K-PAX Racing McLaren 650S GT3 of Alvaro Parente while Cindric completed the podium.

Parente, however, is now back in the lead of the championship, trailing Patrick Long by just nine points.

The PWC will be decided at the final round at Laguna Seca from October 7-9. 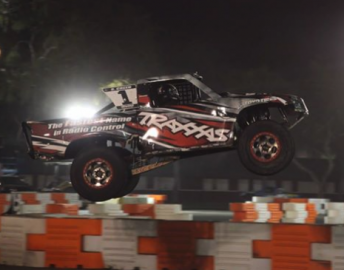 Robby Gordon overcame the horror of losing his father and stepmother to claim Race 1 at the Sand Sports Super Show at Costa Mesa.

After claiming sixth in the opening race, Paul Morris had a huge end-over-end shunt and failed to make the start of the Race 2.

The British Touring Car Championship is set for a thrilling finale after Tom Ingram, Andrew Jordan and Gordon Shedden shared the spoils in the penultimate round at Silverstone. 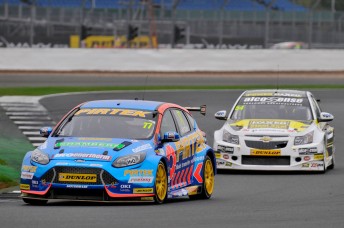 Sutton had led Cook home on the road only to be excluded from the race for rear wing infringements.

The exclusion promoted Motorbase’s Andrew Jordan to second with Rob Austin in third.

Jordan scored only his second win of the season in Race 2 after holding off the Mercedes of Adam Morgan.

The Ford driver followed Ingram for the opening seven laps before diving by the Toyota at Becketts.

Once ahead Jordan managed to take the win from Morgan as Ingram settled for third.

Shedden starred in the reverse grid race to move within 11 points of championship leader Sam Tordoff.

Tordoff (West Surrey Racing) suffered a difficult weekend with his best result a sixth in Race 3.

Eight drivers can mathematically win the championship at the Brands Hatch Grand Prix Circuit from October 1-2. 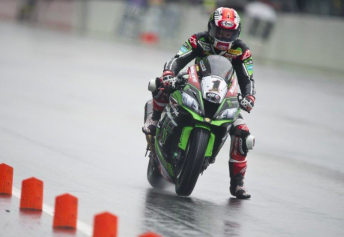 Jonathan Rea moved another step closer to securing a second World Superbike Championship crown after scoring his ninth win of the season at the Lausitzring in Germany.

The Northern Irishman tamed treacherous wet conditions to dominate Sunday’s race as the Kawasaki rider took the flag by 9.3 seconds.

Chaz Davies could only salvage sixth while Tom Sykes recovered from a fall to finish in 12th position.

The victory proved a much needed boost for Rea who crashed out of Saturday’s race.

Rea now leads the championship standings by 47 points from Sykes.

Davies completed a commanding victory in the weekend’s opening race for Aruba Ducati, with Sykes second and Nicky Hayden in third.

Brookes finished Race 1 in 14th before coming home seventh in the Sunday’s heat.

Countryman West just missed out on the top 10 in the opener before retiring from Race 2.

The championship heads to Magny-Cours in France from September 30- October 2.