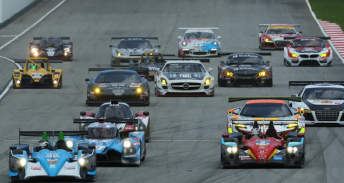 A field of 15 prototypes and 16 GT cars have entered for the Asian Le Mans Series which kicks off its 2016-2017 season at Zhuhai, China next month.

The 31-strong field has grown from 20 cars which comprised the grid last season with the prototype field including 4 LMP2 cars, 10 LMP3-spec runners and a single CN machine.

Ho-Pin Tung and Thomas Laurent are confirmed as the drivers for the Chan DC Racing LMP2 entry while the squad is yet to confirm a partner for David Cheng in the LMP3 car.

In the GT ranks, 15 of the 16 cars see GT3 machinery tackle the series.

“The development of our activities in Asia clearly makes sense and meets a demand.

“Furthermore, having such a balance between prototypes and GT cars is perfect because this is exactly what Le Mans is about.”