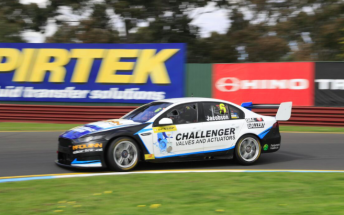 The Prodrive Racing Australia driver produced a new lap record with a 1:09.73 effort to pip his team-mate and title rival Jack Le Brocq.

Practice pacesetter and series leader Le Brocq appeared on course for pole prior to Jacobson’s lap, which left him to settle for second just 0.03s adrift.

Todd Hazelwood continued his strong showing by claiming third on the grid in the Matt Stone Racing Holden Commodore.

Douglas recovered to qualify in 13th spot with McAdam 19th and Gracie in 22nd.