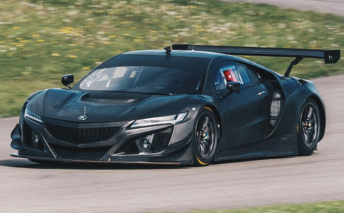 The move sets RealTime Racing extend its association with the Acura brand having run TLX GT3 models in the Pirelli World Challenge.

The twin-turbo V6 powered NSX GT3 will make its competitive debut at the Daytona 24 Hours n January, with both squads set to field two entries. Driver line-ups are yet to be confirmed.

“By continuing our longtime partnership with RealTime Racing in the Pirelli World Challenge and extending our association with Michael Shank Racing in the WeatherTech SportsCar Championship, we plan to build on Acura’s long tradition of success in North American sports car racing.”

The NSX GT3 has undergone extensive development in America and Japan, with its first public run taking place at the Mid-Ohio Pirelli World Challenge round in July.