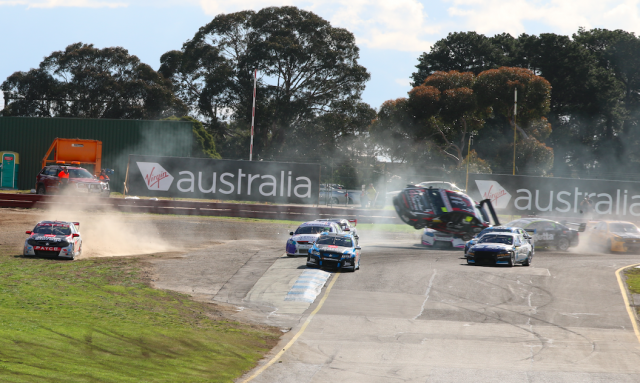 Dumbrell inherited the lead from Jacobson after Richard Muscat, who initially held sway at the start, locked a brake and went wide at Turn 1.

The incident was triggered by contact between Marjoram and Chahda on the front straight that sent the latter into the air after striking the inside kerb at Turn 1.

Gracie was also caught up having been left nowhere to go while Todd Hazelwood retired with damage picked up following the accident. 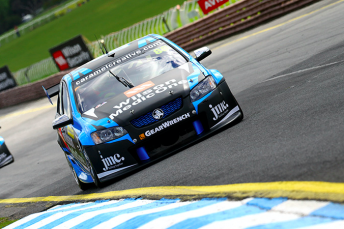 Dumbrell emerged in the lead on the restart with Jacobson in hot pursuit of the Eggleston Motorsport VE Commodore.

The pair battled hard during the closing stages which resulted in contact between the duo at Turn 9 on the final lap.

Dumbrell held on to take the win from the new series leader, who just pipped Taz Douglas to second.

A strong drive from Kurt Kostecki saw the teenager claim fourth ahead of Shae Davies.

James Golding came out on top in the battle of the Garry Rogers Motorsport runners as Muscat salvaged seventh after his opening lap mistake.

The Dunlop Series returns for a third 22 lap race on Sunday.