Whincup out to avenge enduro shockers

Whincup out to avenge enduro shockers 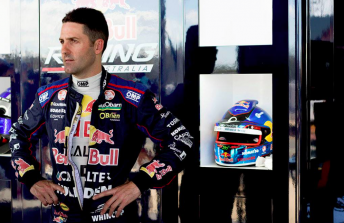 Blaming “complacency and a lack of preparation” for a shocking run in last year’s Pirtek Enduro Cup, Jamie Whincup is ready for revenge in 2016.

A potentially winning run at Sandown was foiled by a combination of poor fuel strategy and a pitlane error, the latter of which resulted in a costly puncture.

Returning to Sandown following his 100th career Supercars victory at Sydney Motorsport Park three weeks ago, Whincup is eager to get the enduros underway.

“Last year there was a level of complacency and a lack of preparation that resulted in a pretty poor showing,” Whincup told Speedcafe.com.

“We’ve recognised that and we feel like we come into the enduros this year as well prepared as anyone.

“The new car was a good thing at the last round and PD and I are fresh and ready to go.

“At the moment our package is good on every track and tyre, it’s just a matter of doing a good job on the weekend.

“We’ve got all the elements we need. It’s up to us to grab it with both hands.”

The biggest uncontrolled element for all teams this weekend is likely to be the weather, with scattered showers predicted for Sunday.

Any significant showers during the race will likely throw out the already questionable prospect of anyone completing the race on three stops.

It may also play into the hands of Whincup’s team-mate and closest rival Shane van Gisbergen, who is a renowned master in slippery conditions.

“The weather just is what it is,” said Whincup of the forecasts.

“We feel like we can run with anyone in any condition, including in the wet.

“It looks like it’ll definitely rain at some stage, but I’m not too concerned about that.”

He sits equal on the all-time list with George Fury, Larry Perkins and John Bowe, while only Craig Lowndes (5), Allan Moffat (6) and Peter Brock (9) have more.

Opening practice for this year’s event gets underway at 1120 local time this morning.