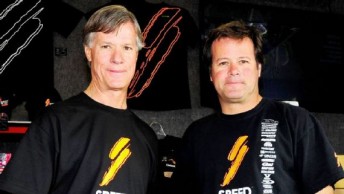 The father of Stadium Super Trucks founder Robby Gordon has been found dead in his California home.

The bodies of 68-year-old Robert Gordon, known as ‘Baja Bob’ for his offroading exploits, and his wife Sharon, 57, were found inside a home along with a weapon.

The next outing for Robby Gordon’s Super Trucks is scheduled for this weekend at Costa Mesa.

Speedcafe.com extends its condolences to the Gordon family and their friends.