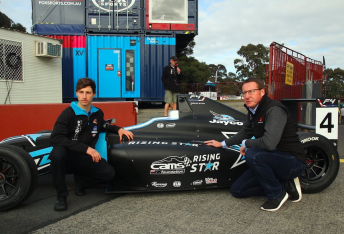 The CAMS Foundation has announced plans to relaunch the Rising Star program in 2017.

The initiative returns for the first time since 2013 with the aim of supporting aspiring young drivers in pursuing a career in the sport both nationally and overseas.

Next year the CAMS Foundation will make four $50,000 scholarships available for drivers competing in the CAMS Jayco Australian Formula 4 Championship.

The funding will be awarded to two rookies and two championship contenders in the junior single seater series.

The CAMS Foundation has supported a host of talents rise through the ranks, including Daniel Ricciardo, Will Power, James Courtney, Will Davison, Scott Pye, Matthew Brabham and Jack Le Brocq.

“The CAMS Jayco Australian Formula 4 Championship is well credentialed as a pathway for young drivers looking to make their mark in Australia with Supercars or aspiring for an International Open Wheel career like Daniel Ricciardo and Will Power,” said Skaife of the Rising Star program, which began in 2004.

“The CAMS Rising Star car is a striking design and is a great reflection of how far driver development has come in Australian motor sport.”

“We at the CAMS Foundation look forward to giving our future potential champions the first step in what will hopefully be a long career for these young Australians.”

Expressions of interest for teams to run Rising Star entries next year will open soon.