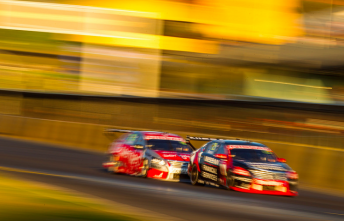 Nissan is poised to confirm its Supercars future

Nissan Australia is set to make a long awaited announcement on its future in the Supercars Championship this morning in Melbourne.

CEO Richard Emery will confirm the company’s Australian motorsport plans at Sandown in a media conference scheduled for 11am.

The announcement will end a lengthy period of uncertainty over its future following a series of delays in global sign-off of a decision.

Nissan is widely expected to continue in the category with current team Kelly Racing, which has operated its Supercars effort since the manufacturer joined the championship in 2013.

Stick with Speedcafe.com for full coverage from Sandown, the opening round of the Pirtek Enduro Cup.