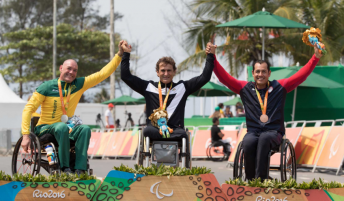 Former champion IndyCar racer Alex Zanardi has kicked off his second Paralympic campaign in golden style after winning the time trial in the H5 handbike category.

The victory adds to Zanardi’s sweep of two gold medals at the London games in 2012.

It comes 15 years to the day since Zanardi narrowly avoided death in a horrifying crash when he was T-boned at terminal speed in an IndyCar race in Germany which saw him lose the lower half of both his legs.

“It has been a long journey, which basically started the day after the London games, when I decided that I would focus on a new horizon in my life and that this would be Rio,” Zanardi said. 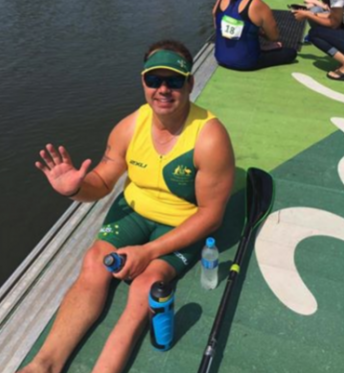 “You also need to know that the stadium and the facilities in Rio are built where they used to have the IndyCar circuit.

“I have always been fast on that circuit, but never won a race (at Rio).

“So deep inside I thought that this would be another opportunity to correct this and to finally do something in Rio de Janeiro. After the exciting years of preparation and coming here to a course that was not really my kind of course, it is just fantastic to finally enjoy the taste of gold once more.

“I have to admit that it was hard when I realised after the first lap (10km) that I was only third and almost 20 seconds behind Stuart Tripp, who was leading at that time. But nevertheless I kept cranking, following my plan, executing my project.”

Zanardi will be in action next in the road race tomorrow ahead of his final competition in the team relay for Italy the following day.

Meanwhile, former Dunlop V8 Supercars driver, Colin Sieders has made it to the final in the K1 paracanoe.

Sieders, who lists Zanardi as his hero, finished fourth in the semi-final to gain an automatic entry into the eight-person KL1 final scheduled for 10.08pm tonight (AEST).