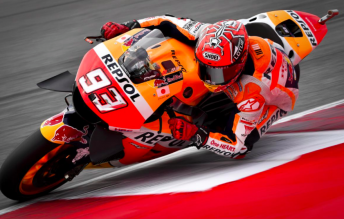 MotoGP has moved to close a potential loophole in the regulations which could have allowed teams to add aerodynamic devices to bike fairings next year.

The Grand Prix Commission has further clarified the ruling following its decision in June to ban the controversial winglet aerodynamic additions from 2017 onwards.

After a meeting at last weekend’s San Marino Grand Prix, the regulation has been amended which now outlaws teams making further changes to the bodywork in a bid to improve aerodynamics.

“Devices or shapes protruding from the fairing or bodywork and not integrated in the body streamlining (e.g. wings, fins, bulges, etc.) that may provide an aerodynamic effect (e.g. providing downforce, disrupting aerodynamic wake, etc.) are not allowed,” the new regulations read.

“The technical director (Danny Aldridge) will be the sole judge of whether a device or fairing design falls into the above definition.”

Meanwhile, Honda has tested its 2017 specification engine in a one-day private test at Misano.