The pair are set to share a Lamborghini Huracan for two 50 minute races, including a mandatory driver change, at the 4.5km Japanese circuit.

Parsons earned the drive as part of a prize for finishing as the runner-up in the 2015 Formula Masters China Series.

The 21-year-old has just recently completed his maiden campaign in America’s Pro Mazda Series, finishing sixth in the standings.

“I can’t wait for the event,” said Parsons, who is gearing up for his first race in Japan. 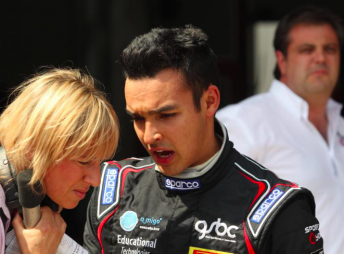 “I’m eager to learn as much as I can and continue to hone my GT skills. I’m sure it will open more doors for the future too.”

The Sydney driver will be joined by countryman Wright, who won the 2013 Formula Masters China Series title.

The 21-year-old from Cairns has been eyeing a switch to sportscars this season having tested the Infinity Race Engineering ADESS LMP3.

The Australian duo will compete against Kiwi GT specialist Jono Lester, who will once again line-up with the Direction Racing squad.

Lester and co-driver Yudai Uchida are currently second in the championship standings.