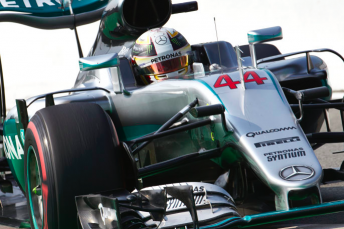 Mercedes heads to Singapore cautious yet optimistic that it has solved its pace issues at the Marina Bay Circuit.

The tricky street track provided the only stumbling block for the Brackley operation last year as it struggled for outright speed at the venue.

Drivers Lewis Hamilton and Nico Rosberg were more than a second adrift of the Ferraris in qualifying, with their lack of pace translating into the race.

The twisty circuit is once again set to suit the Ferrari and Red Bull squads this weekend.

Mercedes boss Toto Wolff admits his team should not be classed as favourites this weekend, but is hopeful that lessons have been learned from last year.

“After a strong showing in Italy, we go to Singapore with a big challenge ahead of us,” said Wolff.

“No team has ever scored a 1-2 finish there – and with good reason.

“As we have seen before, it’s a race where a single problem can cascade into many more as the weekend progresses.

“We have to optimise everything to get a solid result.

“We didn’t manage it last year and, although we believe we now understand why, only performance on the racetrack can prove our conclusions right. We are curious and excited to see how it goes.

“Ferrari were mighty around this circuit last year and it will suit the high downforce design philosophy followed by Red Bull, so we must not make the mistake of thinking we are favourites this weekend.”

Rosberg’s Italian Grand Prix victory two weeks ago has seen him close to within two points of championship leader Hamilton.

Opening practice for the Singapore Grand Prix is set to begin on Friday at 2000 AEST.