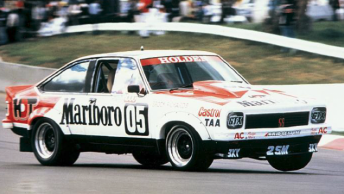 Speedcafe.com readers have given a definitive verdict on the long debated topic of Peter Brock’s best Bathurst win.

Teaming with Jim Richards, Brock won the 1979 classic by a record margin of six laps, setting the race’s fastest lap on his final tour.

Brock had earlier scored pole by almost two seconds, leaving the relatively thin field of privateer Holden and Ford rivals in his wake.

The second most voted – the iconic Holden Dealer Team one-two of 1984 – scored just 13.3 percent, despite being achieved against stronger competition.

See below for the full Pirtek Poll result.