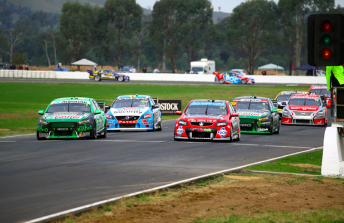 Winton has secured a spot on the 2017 Supercars Championship calendar

Winton has signed a new contract to remain on the Supercars Championship calendar next year.

The rural Victorian circuit’s future on the Supercars bill had been placed in doubt amid concerns over funding, which saw owners Benalla Auto Club recently lobby for assistance from the Victorian Government.

However, the Benalla Auto Club has now confirmed a new deal has been struck, with the agreement to extend until 2019 subject to funding.

The latest contract will see Supercars and the Victorian Government assist in the promotion of next year’s event, which will be held from May 19-21.

“We’re very excited we’ve been able to reach an agreement to retain the Supercars Championship for next year.

“We look forward to again promoting a top-class race meeting that showcases not just the circuit, but the entire region, to a worldwide audience.

“Supercars CEO James Warburton was also instrumental in orchestrating an agreement that was mutually beneficial for all parties, and we thank him for his support.”

Supercars boss James Warburton is pleased to have reached a new agreement and has praised the Benalla Auto Club for its work to improve the facility.

“This is a great result for fans in regional Victoria,” said Warburton.

“Chris Lewis-Williams and his team have done a fantastic job to help build this iconic venue including a major resurfacing project.”

Supercars is expected to announce its 2017 calendar before next month’s Supercheap Auto Bathurst 1000 after delaying a planned reveal prior to next weekend’s Wilson Security Sandown 500.