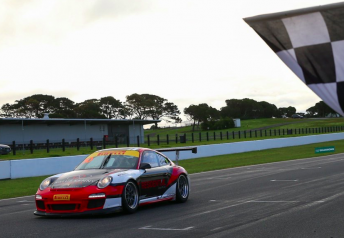 Hardeman finished second for the round which was enough to claim the championship from Jaxon Evans.

Evans edged Hardeman to the victory in Race 1 in another thrilling battle between the two title challengers, while Tim Miles finished third.

Hardeman fought back in Race 2 to take the flag by 0.1s, with scholarship racer Jake Klarich claiming the final spot on the podium.

The final race of the season saw Evans storm to victory with a healthy 5.2s gap over Hardeman, as Miles scored his second podium of the weekend.

In the Elite Class, Anthony Gilbertson led the way from Miles, with Sam Shahin finishing third on round points.

Miles took out the Elite Class crown while Barwood claimed the Class B crown. Eddie Abelnica was victorious in the Touring Car Masters

The Ford XB Falcon driver stormed from fourth on the grid to take the chequered flag in a thrilling 10 lap race at the Victorian circuit.

The win ended a winless streak of 64 races which stretched back to Bathurst 2013.

Bowe came through to finish second after earlier battling Gomersall for the lead, before falling back to third after running wide on the damp circuit.

A quiet run from Seton saw him claim the final spot on the podium, while Gomersall dropped to fifth behind Adam Bressington (Chevrolet Camaro).

Brett Youlden finished sixth ahead of Steven Johnson, Jim Richards, Tony Karanfilovski and Leo Tobin, who rounded out the top 10. 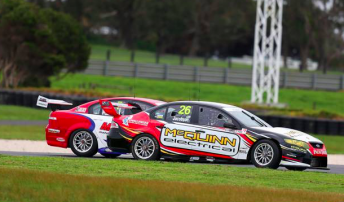 Series leader Douglas had held second in the early stages before he was passed by Greenbury.

The THR Developments driver soon came under pressure from Smith which resulted in contact at MG corner that sent Douglas spinning to the infield.

The contact was investigated by the stewards who deemed the move a racing incident.

Douglas managed to recover to fourth at the finish ahead of Jim Pollicina and Chris Smerdon.

The series will return for two more races on Sunday. Tim Macrow on his way to victory

Tim Macrow once again showed his class at Phillip Island by taking a comfortable victory from pole in the Australian Formula 3 Premier Series.

Macrow made no mistakes at the start to lead the field before extending his advantage to a 4.6s margin at the chequered flag.

The battle for second provided plenty of entertainment as Gilmour Racing’s Chris Anthony and Cameron Shields became locked in a titanic dice.

In the end, Anthony resisted the pressure from Shields to take second by 0.04s.

Roland Legge recovered from a spin on Lap 3 to finish fourth and claim pole position for the first of two races on Sunday. 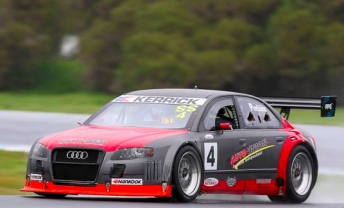 After claiming pole position, Perkins led the way from series leader Tony Ricciardello as he eased to a 23.3s margin.

Perkins will start from pole in the first of two races on Sunday. 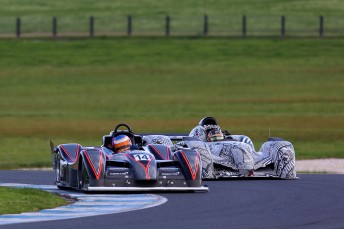 A last gasp overtake earned Roger I’Anson a ninth consecutive win in the penultimate round of the Sports Racer Series.

I’Anson led from the rolling start but ran wide at Lukey Heights which allowed Aaron Steer to the front.

The two West Sportscar drivers enjoyed a thrilling race long scrap before I’Anson regained the lead at Honda corner on the last lap.

I’Anson held his nerve to take the victory from Steer, with Peter Johnson (Radical SR3) completing the podium. Greg Taylor boosted his Australian GT Trophy Series title hopes by securing pole position for the final round of the championship.

The GT Motorsport (Audi) driver was involved in a three-way battle for pole before posting a 1:34.84s effort to top the times by 0.5s from Tim Macrow (Lamborghini Gallardo).

Championship leader Rob Smith could only manage fifth in his Audi R8 GT3.

Jamieson pipped Harpas by 0.1s in the seven lap race while Victorian Gary Pegoraro was a distant third.