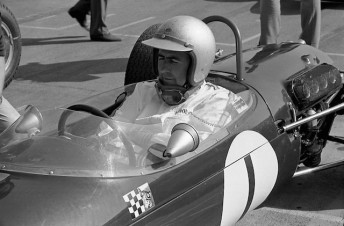 Speedcafe.com will broadcast live coverage from the Goodwood Revival this weekend.

This year’s star-studded event focuses on a tribute to Sir Jack Brabham, marking the 50th anniversary of his remarkable third F1 championship in a car of his own manufacturer.

On the three days of the Revival, cars from Sir Jack’s racing career will take part in tribute parades.

Racers from throughout the decades of Formula 1, IndyCar, MotoGP, rallying and touring car racing will be joined by high profile celebrities that will be competing in the event, such as Rowan Atkinson, Holly Mason-Franchitti (daughter of Pink Floyd drummer Nick Mason) and multiple Olympic Gold Medallist, Sir Chris Hoy.

The livestream starts at 5:30pm (Australian Eastern Standard Time) today and will continue on Saturday and Sunday.