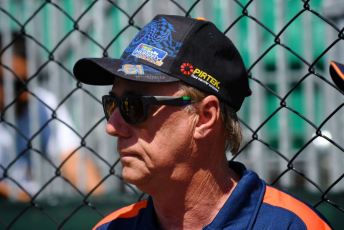 The Brabham family will unite at Goodwood this weekend as the Revival meeting celebrates the achievements of the late Sir Jack.

The celebrated Revival will mark the 50th anniversary of Sir Jack Brabham claiming his third Formula 1 title – distinctive for being the only time the champion has taken the crown in a car of his own manufacture.

The Revival will be a gathering of the Brabham clan with Geoff and wife Roseina joining son Matthew and partner Kimberly Bogle while David Brabham, wife Lisa and sons Sam and Finn will also unite for the celebration.

A series of parades in Brabham machinery are scheduled for each day at the Revival with Geoff, the eldest of Sir Jack’s siblings and David, the youngest, set to feature heavily in the commemorations.

The last time Geoff Brabham was at Goodwood was in 2014 following the memorial service organised by David at Silverstone in October that year after Sir Jack’s death in May. 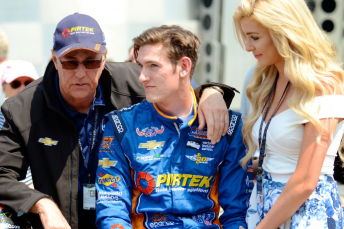 “I went to Goodwood with Margaret (Sir Jack’s widow) and David and there is a plot there for Bruce McLaren and a few other people and we scattered some of dad’s ashes on a plot for him,” Brabham told Speedcafe.com.

“And I’d attended Goodwood when dad raced but I haven’t been to any of the events, (either) the Festival of Speed or the Revival, at all so it’s a new experience for me.

“It’s a bit of an unknown to me. Other people I have spoken to who have been say it’s pretty cool.”

The only time Brabham, a four-times IMSA champion in the US and 1993 Le Mans 24 Hour winner, has driven around Goodwood was back in the 1970s as he was chiselling out his open wheel career.

“Other than two years ago this will be the first time I’ve been to Goodwood for anything since I shook down my Formula 3 car in the mid 1970s just to make sure it all worked,” said Brabham, who also enjoyed a lengthy period in IndyCar racing from the 1980s to the early 1990s. 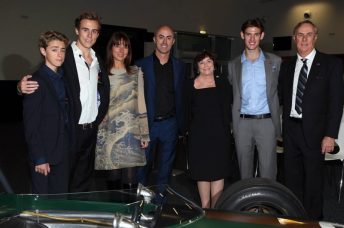 “There are apparently lots of people connected with the old Brabham days who I remember as a kid who are coming to the Revival.

“So I’m looking forward to catching up with people who I haven’t seen for some time.

“Even though I might have known some of them when I was just a kid it still brings back lots of memories and I’m interested to hear their stories.

“And it’s always great to catch up with David and his family which we don’t do too often.”

Brabham is yet unsure of what he will be driving in the parades but is enthusiastic about being involved in memory of his legendary father.

The Jack Brabham Tribute parades include a field representing the various marques the champion driver handled in his career from the 1950s to the 1960s. 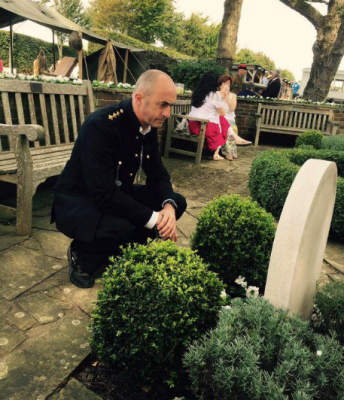 David Brabham at the memorial for his late father at Goodwood

“From what I’ve been told I will be driving something in the daily parades,” Brabham said.

“But exactly what and when I haven’t been told yet. I’ll just be prepared and jump in whatever they say.”

At the Revival meeting last year, David Brabham raced a recreation of the 1964 Bruce McLaren Isuzu Bellet in the St Mary’s Trophy and also shared a Maserati Tipo 151 in the RAC TT Celebration.

David Brabham will this weekend drive an Austin A35 in the first part of the St Marys Trophy race and is confirmed to drive a 1968 Repco Brabham BT24 F1 car in the tribute parade for his dad.

Goodwood was a vital cog in Sir Jack’s illustrious career where he raced and tested thoroughly at the former motor racing circuit.

There will be a number of single seater, saloon and sports cars which played a role during his career that will be a focal point of on-track demonstrations.

Sir Jack raced a Jaguar Mk VII in the St Mary’s Trophy race at the Revival in 2001.