Bathurst to Goodwood for rare Brabham

Bathurst to Goodwood for rare Brabham 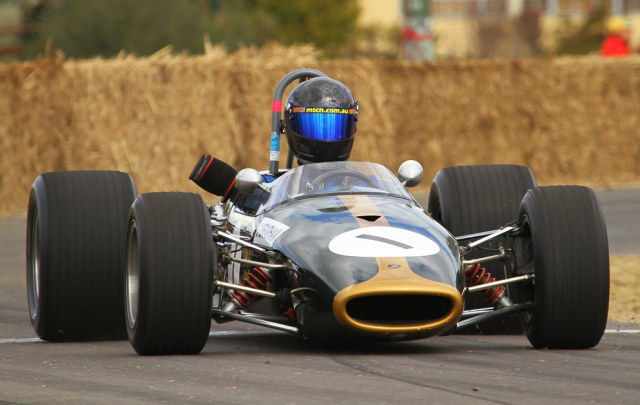 A Formula 2 car flown over from the National Motor Racing Museum at Bathurst will take part in a special Jack Brabham tribute at this weekend’s Goodwood Revival.

The Brabham BT23C is among a 31-strong entry for the Jack Brabham Tribute parade laps, which will form the focal point of the event’s Brabham celebrations.

Webb had originally planned to take his own Repco-powered Elfin sportscar to the Revival before entry rules were tightened to include only cars that Brabham himself had driven.

Parrish’s car is the first of the BT23Cs built and was used by Brabham to undertake development work, most of which took place at Goodwood.

Raced by both Brabham and Frank Gardner, its history also includes a stint with would-be Formula 1 team owner Frank Williams.

Having refreshed the 1.6 litre Ford Cosworth engine ahead of the trip to Goodwood, Webb told Speedcafe.com that he’s looking forward to getting behind the wheel.

“The last time it ran was a demonstration at last year’s Australian Grand Prix,” he said.

“I brought it down to my engine guy in Sydney to give it a once-over and give it a run on the dyno.

“We also did the brakes and wheel bearings in my workshop to make sure they’re fresh.

“I’ve sat in it but the first time I’ll drive it will be this weekend.”

Webb, who recalls watching Brabham compete in the Tasman Series at Sydney’s Warwick Farm in the 1960s, stressed the significance of the BT23Cs.

“Other than his championship F1 cars these are probably the most notable of the Brabham cars,” he said.

“It’s also fitting to be taking it back to Goodwood considering that’s where it started its life.”

The field for the parade also includes Formula 1 machinery representing each of Brabham’s three championship seasons.

Among other notables are the first Brabham F1 car ever built (1962 BT3), the Cooper T54 that sparked the rear-engined revolution at Indianapolis and the BT33 in which Jack took his final Grand Prix win in South Africa 1970. 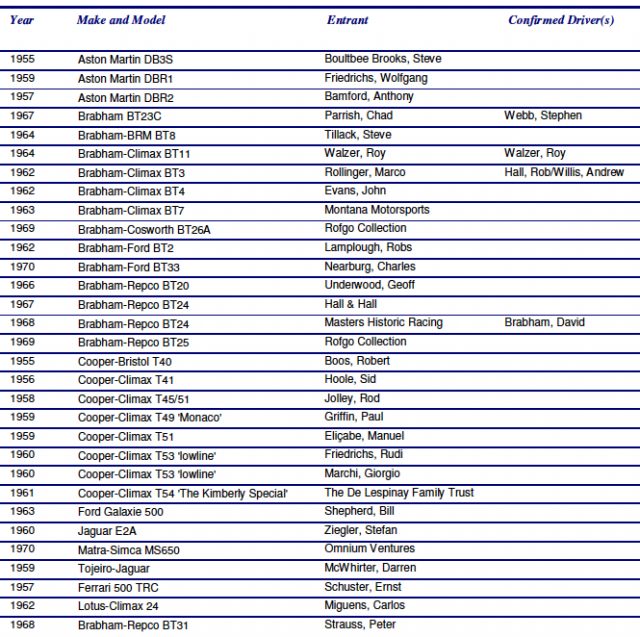