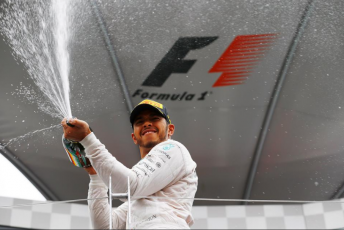 Liberty has confirmed the first step in its takeover

Media and entertainment company, Liberty Corporation, has announced its takeover of Formula 1.

The US media firm has agreed to what will be an $US8billion ($AUD10.4 billion) transaction when completed.

Initially the first slice of the sale has seen Liberty take a 18.7 percent minority stake in F1 for $US746 million ($AUD971 million), with the 100 percent sale subject to conditions.

A statement released by the US media giant said the acquisition will be effected by Liberty gaining 100 percent of the shares of Delta Topco, a parent company of F1.

Prior to the completion of the buyout, CVC Funds will remain the controlling shareholder of F1.

Following the full sale, Liberty Media will be renamed and be known as the Formula One Group. 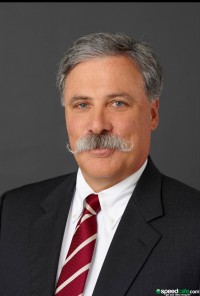 CVC Funds will have equity in the new Formula One Group, but will not control voting rights.

Part of the statement read: “The consortium of sellers led by CVC will own approximately 65 percent of the Formula One Group’s equity and will have board representation at Formula One to support Liberty Media in continuing to develop the full potential of the sport.

“In addition, a CVC representative will be joining the Liberty Media Board of Directors.”

Carey has been appointed by Delta Topco to serve as the new chairman of F1, taking over from Peter Brabeck-Lethmathe who will remain as a non-executive director.

“I am thrilled to take up the role of chairman of Formula One and have the opportunity to work alongside Bernie Ecclestone, CVC, and the Liberty Media team,” Carey said in a statement.

“I greatly admire Formula One as a unique global sports entertainment franchise attracting hundreds of millions of fans each season from all around the world.

“I see great opportunity to help Formula One continue to develop and prosper for the benefit of the sport, fans, teams and investors alike.”

Bernie Ecclestone, who has led the sport for more than 40 years, said: “I would like to welcome Liberty Media and Chase Carey to Formula One and I look forward to working with them.”