Evans had emerged as a contender to make the switch to the all electric single-seater series after being selected to test Jaguar’s I-Type 1 racer in pre-season testing at Donington Park.

The Kiwi has been competing in GP2 for the last four seasons since he won the GP3 crown in 2012.

Following a successful run in testing, Evans is looking forward to the new challenge presented by Formula E.

“Formula E is a real drivers’ championship with some of the most competitive racing in the world,” said Evans.

“Any of the drivers will tell you how challenging it is to find the limit in a Formula E car and gain those extra tenths and I’m looking forward to the season ahead.

“Some of history’s most iconic cars have been developed by Jaguar, and I’m thrilled to be part of Jaguar’s electric future and our return to motorsport.”

Evans, 22, will face a strong challenge from his team-mate Carroll, who brings a wealth of experience to the British marque.

The 33-year-old Northern Irishman has competed in GP2, IndyCar and DTM, before moving into sportscars in the FIA World Endurance Championship this year.

“It’s a real privilege to be racing for Jaguar in Formula E,” said Carroll.

“You only have to look at the calibre of the other drivers in the series to see the level of competitiveness and prestige that this championship now has.

“To drive for Jaguar is also a dream come true. They are the biggest brand to come into the series and one of the most evocative names in racing.”

Chinese driver Ho-Pin Tung will take up the reserve driver role at the team.

Alongside the confirmation of its drivers, Jaguar has revealed Japanese electronics giant Panasonic as its title sponsor in a three-year deal.

Jaguar will make its competitive Formula E debut at the Hong Kong season opener on October 9. 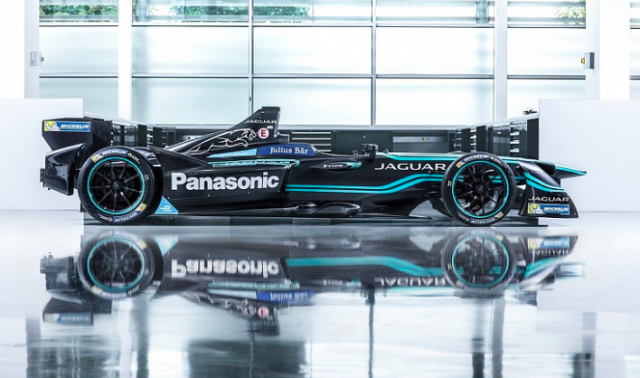