Brock to be celebrated on 10th anniversary

Brock to be celebrated on 10th anniversary 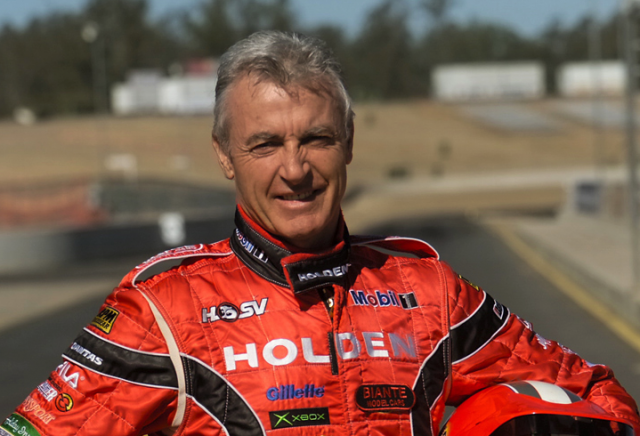 Craig Lowndes has urged fans to view the 10 year anniversary of Peter Brock’s death as an opportunity to celebrate the legend’s life, rather than mourn his passing.

Brock, aged 61, was killed 10 years ago today when he crashed during a competitive stage of the Targa West tarmac rally.

Among the hardest hit by the tragedy was Lowndes, who after being mentored by Brock during his early days in Supercars took over the retired veteran’s mantle as the nation’s most popular driver.

Much of Lowndes’ grief was played out in public following Brock’s death, fielding a sea of media requests in the immediate aftermath before appearing at an emotional state funeral in Melbourne.

Lowndes’ own legend was then forged as he brushed off a teary morning parade lap aboard Brock’s 1972 Bathurst winning Torana to win the 2006 Great Race alongside Jamie Whincup.

Today’s 10th anniversary of Brock’s death will be officially marked by a 10:00am memorial at Bathurst’s National Motor Racing Museum, to be attended by Peter’s brother Phil.

Among those absent will be Lowndes, who is on track at Queensland Raceway undertaking a pre-Pirtek Enduro Cup test day with his Triple Eight Supercars squad.

While disappointed to miss the festivities, Lowndes says he expects a much different atmosphere at Bathurst for this year’s Great Race than that experienced 10 years ago.

“It’s a shame not to be at Bathurst today, but we’ve got obligations with the team for testing,” Lowndes told Speedcafe.com.

“I’m looking forward to getting up there (in October) and really taking it all in.

“The year of his passing was obviously very emotional, but 10 years since his passing is more of a celebration.

“Peter always took the positive outlook. He was half glass full, not empty. So we will go there to celebrate, not commiserate.

“For us the best way to honour Peter is to win the race, so we’ll need to stay focussed as well and do the best job we can.”

Although today focussed on the job of preparing to win a seventh Bathurst 1000, Lowndes admits there will be moments of reflection between stints behind the wheel.

“I’m sure throughout the day there’ll be some memories of what Peter was, who he was and what he achieved,” he said.

Brock’s tutelage of Lowndes has been well documented, with ‘Peter Perfect’ taking a then 21-year-old Lowndes under his wing during the youngster’s first full-time season in 1996.

While a stellar year saw Lowndes become just the second driver behind Brock to take a sweep of the ATCC, Sandown and Bathurst, it was not all smooth sailing for Holden’s new star.

Fittingly, it was a trip home from Bathurst that year which Lowndes nominates as his strongest memory of Brock offering career-defining advice.

“We had a terrible weekend at the (ATCC) sprint round at Bathurst that year,” Lowndes recalled.

“We had contact with Wayne Gardner (after Lowndes misjudged a passing move) and lost the championship lead. It was a disaster.

“I remember driving back from Bathurst to Sydney and Peter was talking about the process and not dwelling on mistakes. He said you’ve just got to put it behind you and get on with life.

“We won the next round and went on to take the championship. It was that positive outlook that shone through and for me to have that time with him at that point of my life was amazing.

“Even though we had success straight away, that whole year was a really character building one for me.

“I had to understand where I was, what I was doing and how to deal with the expectation of driving for the HRT.

“Peter was very good at both keeping me positive and also ensuring I remained measured and grounded.

“He also used to tell me to enjoy it all, the crowd, the atmosphere of everything, especially at Bathurst.

“Driving into the circuit this year, that’s what I’ll be thinking about.”

Lowndes recalls being at his Kilcoy, Queensland home on September 8, 2006, when news of Brock’s death began to make headlines.

Despite being devastated by the loss, Lowndes was soon in a helicopter on his way to Brisbane to share his memories of Brock with television news audiences.

“We heard at that point Peter had potentially passed away, but it was all rumours, including what was on the news.

“When it became apparent that it was true we had a helicopter land and take us straight to a television studio to share memories of Peter and how much he’d helped me.

“That was really hard. I was just shellshocked and couldn’t believe that Peter had actually passed away, especially under those circumstances.

“For me it was just a huge shock, but I agreed to do it (the interviews) and looking back on it I’m glad that I did.”