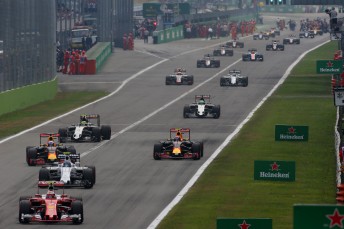 Formula 1 looks set for a change of ownership

Formula 1 is set for a major shake-up as Liberty Media closes in on a multi-billion dollar takeover of the category’s commercial rights.

A $10.4 billion (AUD) buyout of motorsport’s top tier by the American firm has been gathering momentum with reports suggesting a change of ownership is imminent.

The deal will see Liberty Media Corp, headed by American media tycoon John Malone, takeover a controlling stake in F1 that has been held by CVC Capital Partners since 2005.

The acquisition is expected to be conducted in two stages, with the full transfer of ownership to be completed before the end of the year, subject to FIA approval.

The arrangement is set to see Bernie Ecclestone relinquish control of the sport he has run for the last 40 years.

Ecclestone could still be involved, however, with the Daily Mail reporting that the 85-year-old has been offered a new contract to assist F1’s new owners.

“I have been offered a contract to stay and help them,” Ecclestone told the British newspaper.

If the takeover is successful, it has been widely reported that Liberty Media will float F1 on the Nasdaq stock market.