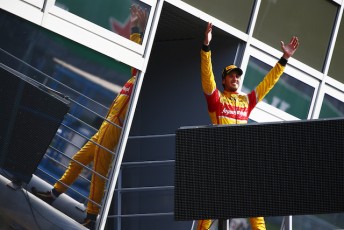 Antonio Giovinazzi came from the back to score a hometown win after a last lap pass in the feature race at Monza.

Benefitting from a tyre call and a Safety Car intervention, Giovinazzi, like Marciello, started on the harder compound tyre.

Gasly is now clutching a 10-point lead over Giovinazzi while Marciello is third but 36 points back.

Starting from pole position in the sprint race, the Kiwi dropped to fourth before he was taken out of the race by Malja on the opening lap.

GP2 moves to Malaysia for the next round from September 30 to October 2. 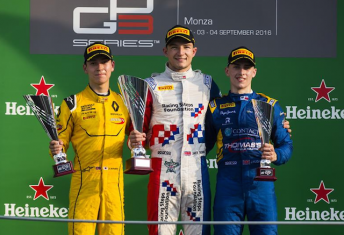 Jake Dennis opened his 2016 winning account by scoring a 1.9s win in an Arden International one-two in the opening race at Monza.

Dennis prevailed from Jack Aitken while DAMS driver Jake Hughes was third in the 22-lap race.

Charles Leclerc, who started from pole, was in damage limitation mode, staving off his ART team-mate Nirei Fukuzumi to claim fourth.

Leclerc’s race was short-lived as he crashed while attempting to pass team-mate Fukuzumi at the Roggia chicane on lap 3.

With two rounds remaining, Leclerc leads on 177 points from Fuoco on 153.

The next round is scheduled for Sepang, Malaysia from September 30 to October 2. 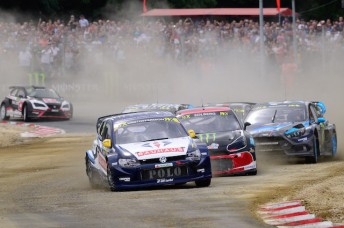 Swede Johan Kristoffersson has claimed round eight of the championship at Loheac, France.

Kristoffersson was dominant after being fastest in Q3 and Q4 then leading the semi-final and final from the start.

Coming after the team’s maiden season podium at Canada last month, Kristoffersson said: “We have been in a position to win since the first race of the season, and then in Canada four weeks ago were able to finish on the podium.”

The next scheduled round is at Barcelona from September 16-18. 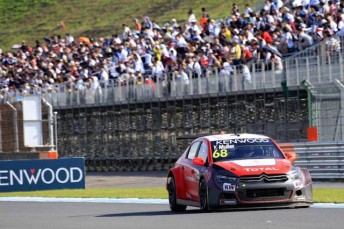 Yvan Muller was gifted a win in the main race at Motegi in a peculiar outcome orchestrated by Citroen at the Twin Ring Motegi in Japan.

Jose Maria Lopez had victory well within his grasp but slowed on the second last lap to let Citroen C-Elysse team-mate Muller past and into the lead.

Lopez has a 120-point lead which is not unassailable but will be helped if the Thailand round is cancelled which will leave two rounds remaining.

The Thailand round at the Chang International Circuit from November 5-6 is said to be on shaky grounds due to financial concerns.

The next round is scheduled for Shanghai from September 24-25 with the final round in Qatar from November 24-25.

Monteiro also completed the podium in the main race behind the Citroen duo.