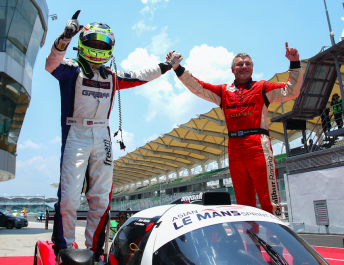 The former two-time Australian Formula 3 champion won the final race of the championship alongside Aussie Neale Muston to secure the title and help DC Racing to the teams’ crown.

Winslow and Muston guided the DC Racing Ligier to third in the opening heat behind the Wineurasia Ligier of Edgar Lau and Yoshiharu Mori.

Requiring a victory to claim the title, Winslow and Muston produced an impressive drive to take the chequered flag in the final race by 24.1s from Lau and Mori.

“The race went extraordinarily well for us,” said Winslow.

“Neale started the race and made a good start and  followed the plan not lose too much time, and he did exactly that. He did a fantastic job for his first ever weekend in an LMP3 car.

“A big part of my championship goes to Neale. A huge thank you to the team and Eurasia for running the DC Racing operation.

“It’s a good, strong championship and I’m looking forward to coming back.” 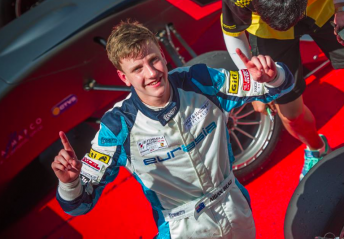 Rising single-seater star Aidan Read scored a hat-trick of wins in the penultimate round of the Formula Masters China Series.

The Western Australian came through a thrilling scrap to win the opening 10 lap heat from pole on a drying Sepang International Circuit.

The 17-year-old backed up his performance by recording a lights-to-flag win in the second race from Zheng Shangguan, while Hamprecht once again came home in third.

Read’s perfect weekend was rounded off with an impressive run to the chequered flag in the final encounter, finishing ahead of Hamprecht.

The Aussie has closed to within 42 points of Hamprecht ahead of the season finale at Taiwan’s Penbay International Circuit from October 15-16. 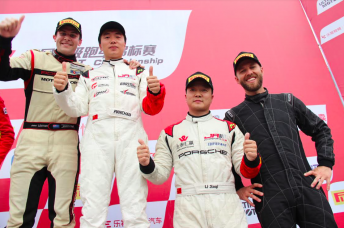 Sharing with local racer Pan Chao, the Kiwi driver guided the JRM Porsche 991 GT3 Cup car to the win in the GTC class and third outright in Sunday’s 60 minute race.

Lester and Chao suffered a mechanical issue which halted their charge in the opening race.

Fellow New Zealanders Chris van der Drift and Will Bamber took part in the meeting with the former joining Lester on the Race 2 podium.

Lester is set to miss the final round of the championship at the Zhuhai International Circuit from October 28-30.