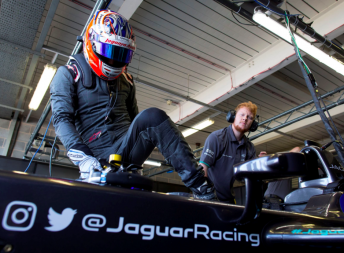 Mitch Evans has been selected to conduct the final official Formula E pre-season test for Jaguar ahead of the British squad’s driver announcement next week.

Reports from Europe have confirmed the New Zealander and former A1GP driver Adam Carroll will undertake the three-day test at Donington Park, which begins on Monday.

Jaguar has been evaluating its driver options for its debut Formula E season with the outfit set to announce its line-up on Thursday following the test.

Jaguar is the last team to confirm its driver line-up ahead of the season opener at Hong Kong on October 9.