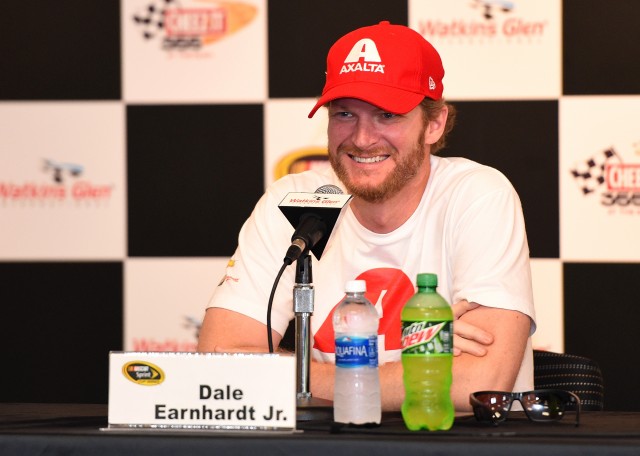 Dale Earnhardt Jr. will not race again in 2016

It has been confirmed that NASCAR’s most popular driver, Dale Earnhardt Jr., will not race again in 2016 as he continues to recover from concussion-like symptoms.

Hendrick Motorsports has confirmed that Alex Bowman and four-time series champ Jeff Gordon would split time in the No. 88 Chevrolet for the remaining 12 races this year. Gordon will drive at this weekend’s Southern 500 at Darlington Raceway.

“I wish I could return to the No. 88 team this season,” Earnhardt said in a team statement.

“To say I’m disappointed doesn’t begin to describe how I feel, but I know this is the right thing for my long-term health and career. I’m 100 percent focused on my recovery, and I will continue to follow everything the doctors tell me. They’re seeing good progress in my test results, and I’m feeling that progress physically. I plan to be healthy and ready to compete at Daytona in February. I’m working toward that.”

Earnhardt has been sidelined for the last six races and it had been hoped that ongoing treatment would see him return to the driver’s seat heading into the Chase for the Sprint Cup.

Earnhardt crashed at Michigan International Speedway in June in an accident that at the time was not considered a major impact. He went on to race at Sonoma, Daytona and Kentucky.

However, a visit to the doctor for what at the time was believed to be allergies or a sinus infection led to the diagnosis of concussion-like symptoms.

Since that time both Bowman and Gordon have split the driving duties.

“I know how hard Dale has worked and how frustrating this is for him,” said team owner Rick Hendrick in a team statement.

“He wants to be back, and we want him back, but we want it to be for the long haul. We’ve had incredible support from everyone involved with the team, including all of our sponsors. They’ve put Dale’s health first every step of the way.”

At Darlington Sprint Cup qualifying and all of Friday running was cancelled due to inclement weather expected because of the advancing Hurricane Hermine.

The grid for the Southern 500 will be set by championship positions with Kevin Harvick and Brad Keselowski set to start on the front row.