Supercars back to drawing board on night racing

Supercars back to drawing board on night racing 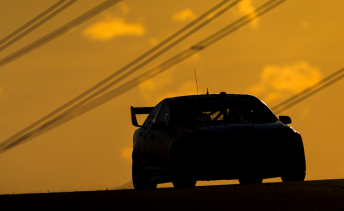 SMP is again Supercars best hope of a night race

Hopes of adding night racing to the Supercars Championship again rest with Sydney Motorsport Park following a change of power in the Northern Territory.

The ousting of Adam Giles’ Country Liberals in last weekend’s NT election has scuppered plans to turn the Hidden Valley meeting into a night race.

Alongside a bipartisan extension of the event’s contract until 2030 signed in June, Giles had made a public pledge to fund lighting for the venue should his party have been returned to power.

The deal between the Country Liberals and Supercars included a five-year exclusive period that would have prevented the category from competing elsewhere under lights.

Absent from the championship since 1997, night racing has been repeatedly pushed by Supercars CEO James Warburton since the beginning of his tenure in mid-2013.

The NT Labor Party, which gained power in last week’s election, has promised a raft of funding for motorsport but did not support paying for lighting at Hidden Valley.

Erecting permanent lights at the venue was expected to cost as much as $12 million.

“I don’t think there’s any question… the lights won’t happen,” Warburton told Speedcafe.com of the Hidden Valley night race plan, which was scheduled to start in 2018.

“That was really a vision driven by the chief minister and he was very clear about that.

“The 14 year extension was bipartisan, but the lights and infrastructure was a separate discussion.

“The Northern Territory major events company were on the fence at best and really wanted to think about other events and expanding the region as opposed to investing (in lights).

“They’ve invested heavily into the facility, which they continue to do, so from that perspective we are very, very happy with what they’ve got there.”

SMP’s operators, the Australian Racing Drivers’ Club, submitted a detailed funding proposal to the New South Wales state government for permanent lighting in each of the last two years.

The applications have so far proven unsuccessful, despite the potential for the lighting to bring year-round benefits through extended operating hours.

Last weekend’s SMP race meeting, which is one of 10 championship events promoted by Supercars, again drew only a modest crowd to the Western Sydney venue.

“Lights should be at Sydney Motorsport Park,” Warburton affirmed, expressing hope that a deal can be struck that would include a mid-week format for the Supercars event in 2018.

“This would be the place to have Wednesdays or Thursdays or even a Saturday night Super Sprint under lights.

“It’s the place to try something different because no matter what anyone says, attracting a crowd to Sydney Motorsport Park is tough.

“When you think about the overall business model that they has been able to work out from track rental, durations and all of those things, I believe the ARDC have a very good model that they’ve worked out that shows a very good return on investment.”