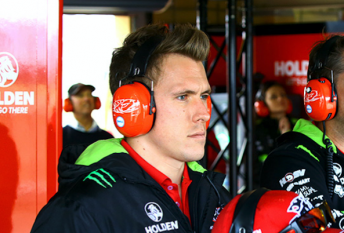 Speedcafe.com’s Stefan Bartholomaeus speaks with Ryan Walkinshaw about the future of his family’s Supercars team following the withdrawal of Holden factory backing.

SPEEDCAFE: Ryan, Holden’s decision was a surprise to many fans, but is it something you’d been expecting for a while? Were you resigned to that outcome?

RYAN WALKINSHAW: We weren’t resigned to the fact that it was going to be the outcome, but we’d been in dialogue with Holden for a long period of time.

People may not realise but our relationship with Holden and GM (General Motors) in Detroit is very, very strong and we’re in constant dialogue with them about road car programs.

Inevitably in discussions racing ends up raising its head and we end up having chats to understand where their mindset is.

It doesn’t come entirely as a surprise. We’d heard rumours that there were going to be potential changes in how they want to portray their brand in this country and also how much budget they were willing to put into the sport going forward.

These decisions are part and parcel of any business. We respect that and understand it and will now focus on doing the best job we can over the rest of the season to finish our HRT relationship in the best way we can.

SPEEDCAFE: Did the fact that the Holden Racing Team name is being moved elsewhere (to Triple Eight) make it a bit more painful? Your family has obviously been connected to that for a long time.

WALKINSHAW: I think it depends how you look at it. Roland (Dane, Triple Eight owner) is trying to emphasise the Holden Racing Team move a lot more than what is reality.

Our understanding is that the lion and the helmet and all of that history which is associated with us isn’t necessarily moving to Roland and that the Red Bull Holden Racing Team is a new brand in its own right.

That’s what we’ve been told. If anything changes, that may be the case, but from our understanding that’s whats happening. 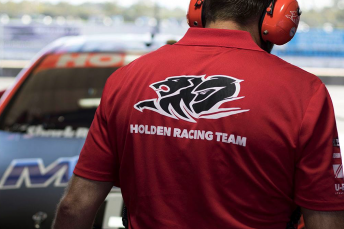 The HRT name, but not the branding, will move to T8

SPEEDCAFE: You talk about the relationship with Detroit (General Motors) being more than just racing. You’ve obviously got HSV and other projects with them.

Does that mean you’re more likely to continue to race Holdens beyond 2017? Or are you really free now to shop around?

WALKINSHAW: Certainly in the short term (we will continue with Holden). I don’t want to get into a discussion about future manufacturers and everything like that. It’s still completely inappropriate .

We’ve committed to running Commodores next season and our focus is to do the best job we can for Holden for the rest of this year as well.

SPEEDCAFE: Time wise it’s very late for next year anyway. But surely as a business case, you’d be looking for a manufacturer partner for 2018?

WALKINSHAW: If opportunities present themselves in the future we’ll have a discussion about it then but at the moment our focus is 100 percent on Holden and running two Commodores for next season.

SPEEDCAFE: On the driver front, there’s a lot of chat around about what you may or may not be doing. What can you tell us about that?

WALKINSHAW As I’m sure you can imagine we are in constant dialogue with drivers and we aim to have the best driver pairing we can possibly have for next season.

For now that is all I will say about drivers.

SPEEDCAFE: Commercially, how do you feel you’re placed? You’ve recently brought in Troy Bundy from Supercars as your new commercial director. I take it that his job now is to fill the hole?

WALKINSHAW: Absolutely. Troy was brought into the team to replace Bruce Stewart who has been a Walkinshaw Racing stalwart for quite a long time.

It was time for both of us to make a change there and we’re really excited about being able to bring Troy across. 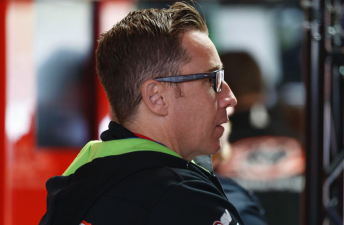 He’s got an outstanding reputation and has worked in various different sports, but especially Supercars.

He’s been instrumental in bringing a lot of the new sponsors that you see around pitlane into the paddock and hopefully he’ll be able to bring a few more sponsors that he works with onto our cars in the future as well.

Commercially we’ve been a really strong team with our sponsors and we’re one that prides ourselves in keeping our rate card at a genuine level.

We believe that it’s important in any sport that everyone tries to ensure that the rate card and monetary value of the positions on the cars remain at a high number.

Undercutting people isn’t how we go about our business.

This year we’re a business that breaks even, which is something we’re really proud of in this industry and next year we aim to break even as well, if not make a little bit with some of the other projects we’re doing such as our expansion into GT3.

There’s work to be done but when challenges unfold there is opportunity and new ability for us to bring additional revenue into the team going forward that wasn’t necessarily something we were able to do historically.

That’s something we’re excited about.

SPEEDCAFE: Are commercial considerations going to be a part of the driver decision? Are you looking for drivers that can bring funding?

WALKINSHAW: Having pay drivers is certainly not something we’re looking at.

We aim to have the best driver line-up we can possibly get for next season.

We want to have a competitive team and to do that we would like to have two competitive drivers in our car. 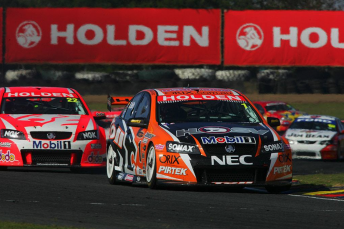 SPEEDCAFE: There’s been a bit of external commentary about what team name you should carry going forward, particularly with regards to reviving the HSV Dealer Team banner. Do you have a plan in place of what you’re going to do?

WALKINSHAW: It’ll very much depend on how some of our discussions with future partners unfold.

We have been working on several different contingency plans depending on how things went with the Holden decision.

What’s important is that now that’s all put to bed we can move forward with as much energy as possible and focus on our other plans and turn them into reality.

We will announce in the not-to-distant future what our plans are on branding, but some of that may potentially change depending on what partners come onboard.

SPEEDCAFE: Is the HSVDT brand one of those under consideration?

WALKINSHAW: We’ve got lots of things in consideration, but I’m not going to talk publicly about what they are.

I can understand why fans would like to see HSV take a more prominent involvement in this sport, but we’re not going to do something just for the sake of nostalgia.

It has to make sense for ourselves and for Holden.

But I won’t go into any details over ideas that we have until we’re ready to announce them.

SPEEDCAFE: The topic of selling equity in the team continues to come up. You’ve talked about looking for minority partners. Is that process ongoing?

WALKINSHAW: That’s something that if we ever do it, we’ll announce it.

But I’ve made no secret that, I think it’s only us and Betty (Klimenko) from Erebus who are sole owners of a race team in Supercars. 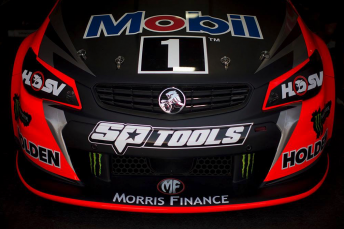 The HRT is on a sponsor recruitment drive

Even Roland now has three or four partners who own an equity stake in his team.

It’s only prudent business to spread a bit of your risk and bring potential partners into the racing team who can add value.

It’s about utilising relationships in order to make the team a better place both commercially and on track.

It’s something we’ll look at but it’s not a priority at the moment.

Our priority is making sure that we get everything in the best shape we can for next season with our rebranded team.

SPEEDCAFE: And outside of the race team? How committed are you to doing business in Australia?

WALKINSHAW: We’re probably a victim of our success and how we’ve marketed ourselves so closely to our racing product.

What people don’t understand is that racing is less than five percent of what we do in this country.

We’re a huge business with a few hundred employees who make thousands of units of cars every single year and we’re growing at a rate never before seen in our business.

We’re the only car company that is growing as well and we aim to continue that growth going forward.

There’s been a lot of success stories and a few more exciting things that’ll be coming into the public forum in the coming months which are really, really exciting for this business.

We aim to be a manufacturer of cars in Australia for a long time to come.