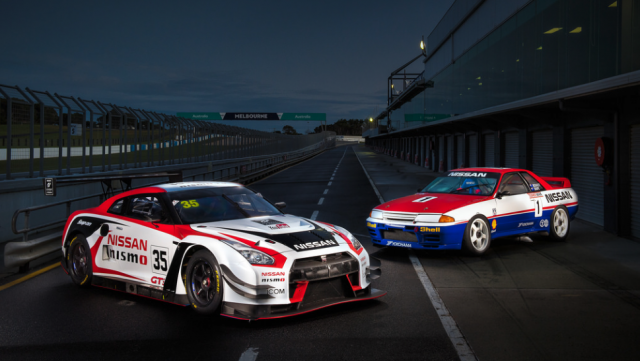 Caruso, who missed out on a start in the Bathurst 12 Hour this year due to a late change to his FIA seeding, has been paired with Nissan’s GT Academy driver Matt Simmons for the two New Zealand meetings.

The car will be entered under the Nissan GT Academy Team Kelly banner and run by Kelly Racing, which operates the manufacturer’s Supercars effort.

The GT campaign will come amid a busy period for the Kelly team and Caruso, tackling Surfers Paradise, Hampton Downs, Pukekohe and Highlands Park on consecutive weekends. 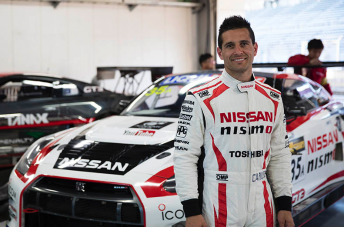 Caruso has already tested the GT-R in Japan and Australia

“I’m very excited and grateful to be getting my first opportunity to race the Nissan GT-R NISMO GT3,” said Caruso, who is shaking down the car at Phillip Island today ahead of a full test tomorrow.

“I am a lifelong GT-R fan and I’ve had the chance to test the car a couple of times now.

“So it will be great to race it at these two New Zealand events alongside our Aussie GT Academy winner Matt Simmons, who has been racing one of these cars this year in Europe.”

Simmons’ Australian GT debut will follow the end of his Blancpain season, which concludes at Germany’s famed Nurburgring later this month.

“I can’t think of a better way to cap off my first year of racing than to compete in my home GT Championship – albeit on the other side of the Tasman over in New Zealand,” said Simmons.

“Racing alongside Michael will be a buzz. A little over 12 months ago I was cheering him on in Supercars, now I’m his team-mate in a Nissan GT-R NISMO GT3.”

Nissan Australia’s first factory foray into Australian GT racing comes as it awaits a decision on its Supercars future from headquarters in Japan.

Meetings in Japan early this month are also expected to determine whether the marque will run one or two cars in next year’s Bathurst 12 Hour.

Nissan Australia CEO Richard Emery says the success of the Group A R32 GT-R in NZ’s Pukekohe and Wellington endurance races 25 years ago leaves high expectations for the latest campaign. 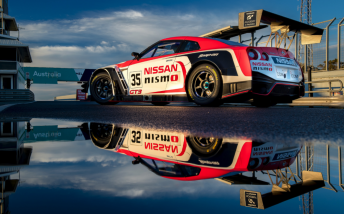 The GT-R will be run by Kelly Racing

“Australians have seen the GT-R in action at the Bathurst 12 Hour for the past three years,” said Emery.

“It’s exciting that New Zealand motorsport fans will now have a chance to watch this spectacular car in action.

“Back in 1991 the Nissan GT-R R32 claimed a win and a third place in its two races across the Tasman, setting a high benchmark for this 2016 effort.”

Nissan’s move to run its own car with two factory drivers marks a new level of manufacturer involvement in Australian GT.

It follows BMW’s entry with a privately owned, Steven Richards Motorsport-run M6 at the start of the season and joins several customer-focussed alliances between teams and manufacturers.

“To have Nissan represented in the Australian GT events is very exciting for us and I am sure that there will be a huge increase in interest for Australian GT through the enormous fan base the Nissan Academy has established,” he said.

“The Kellys have been deeply involved in motorsport for a number of years, and to have them now as part of the Australian GT family is a privilege and reflects the opportunities that GT racing presents in Australia.

“With even more Nissan race cars coming into Australia, and possibly New Zealand, the Nissan field will be bigger in Australian GT than any other race series globally.”