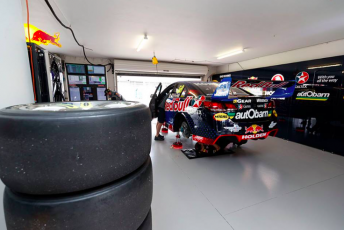 Eggleston will not field its ex-Whincup Holden at Bathurst

Eggleston Motorsport’s recently purchased Next Gen Triple Eight Supercar will not be seen until the start of the 2017 Dunlop Series.

EMS manager Rachael Eggleston has confirmed to Speedcafe.com that the team has elected against entering its latest Holden as a wildcard in this year’s Supercheap Auto Bathurst 1000.

Yet to take delivery of the car from Triple Eight, Eggleston says that there is not enough time to adequately prepare for a one-off appearance in the Great Race.

The news leaves the Simona de Silvestro/Renee Gracie Harvey Norman Supergirls entry as the only wildcard expected to join the regular 26-car field for Bathurst.

“We’ve made the decision not to do it,” Eggleston confirmed to Speedcafe.com.

“Triple Eight were still using the car this week (for rides at Sydney Motorsport Park).

“By the time they get it home and it gets refreshed and everything that needs to happen before it comes to us, we didn’t feel there was enough time for us to adequately prepare and test for what is the biggest race of the year given our Dunlop series commitments and the tight turn around to Bathurst. 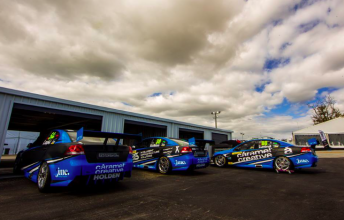 “We’re testing our Dunlop Series cars at Winton next week and then racing at Sandown and after that we’d realistically only have two working weeks before we’d have to be at Bathurst.

“We only take on things we can do 100 percent properly.

“It’s certainly something we would like to do in the future when all the cards fall into place.

“The interest we had from drivers was extremely high.”

EMS will run two Next Gen specification Holdens in the 2017 Dunlop Series having already purchased a second car from Triple Eight that will be delivered at the end of the year.

Two of the team’s existing Triple Eight-built Dunlop Series cars will in turn be moved down to the Kumho Series, where EMS currently campaigns ex-Walkinshaw equipment.

The team will return to a three-car entry for the upcoming Dunlop Series round at Sandown, with Liam McAdam rejoining Paul Dumbrell and Taz Douglas after missing Townsville.

This year has seen Eggleston balance its Dunlop and Kumho commitments with a foray into Australian GT following a deal to run Mercedes-AMGs for Peter Hackett. 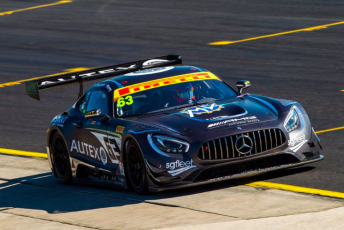 EMS hopes to have both GT3s on track in NZ

Debuting as a two-car team in Adelaide, the second entry has not been raced since Albert Park in March due to a number of off-track commitments with Mercedes.

Although only the Hackett/Dominic Storey line-up is confirmed, Eggleston is currently working to fill the second car for the final two events of the season at Hampton Downs and Highlands Park in New Zealand.

“Both cars have had a variety of Mercedes-Benz commitments throughout the year in terms of ride days and events and some of those have fallen too close to race meetings,” explained Eggleston.

“That’s why we haven’t run both cars at the recent rounds at Phillip Island and Sydney, but both cars are able to run in New Zealand, which is what we’re aiming to do.”