Magnussen given initial all-clear for Monza

Magnussen given initial all-clear for Monza 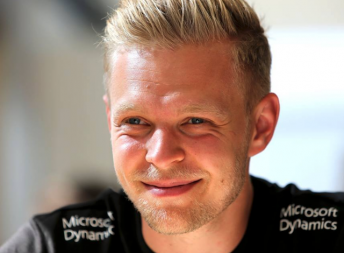 Kevin Magnussen has received positive results following full body scans in the aftermath of his heavy crash in the early stages of the Belgian Grand Prix.

The Renault Formula 1 driver is recovering in his native Denmark where he is nursing a bruised ankle.

Further tests have cleared Magnussen of any fractures or internal bleeding to any of his vital organs.

Magnussen now faces final clearance from the FIA medical officer at Monza on Thursday before he is officially given the green light to race in the Italian Grand Prix.

Thomas Jorgensen, Magnussen’s personal trainer and therapist, will continue to treat the driver ahead of his departure to Italy.

Although battered and bruised, Magnussen is confident that he will overcome the final medical hurdle in order to be fit to compete this weekend.

Magnussen had been running inside the top 10 as Renault continued its slow and difficult push to become a consistent points contender.

The team faces a heavy work schedule to prepare a fresh chassis for Magnussen after his RS16 was destroyed in the Eau Rogue to Raidillon shunt.