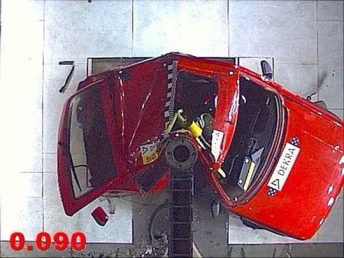 Australia’s peak motor sport safety body has announced a fresh range of research projects as part of a comprehensive review.

In the wake of a recent restructure of the Australian Institute for Motor Sport Safety (AIMSS), the body has outlined specific reviews to improve standards.

Key to the projects is a look into the potential effect of professional driver training on road crashes.

Claims that people who have competed in motorsport or who have received professional coaching are involved in more crashes on public roads than those without those backgrounds will be put under the microscope by AIMSS in an attempt to debunk the theory.

If the claims are verified AIMSS will then seek to understand why and address the issue.

“Projects such as protective clothing, re-validation of the harness age extension and the accident application are all extremely important, however it could be argued that the project with the most potential to positively impact our sport is the research study into the relationship between motor sport competition and public road accidents,” new AIMSS chairman Garry Connelly said.

“These are important and ambitious research activities on which AIMSS is embarking.

“If we can demonstrate the benefits motor sport provides in contributing to safer roads, it will be an enormous boost for our sport.”

Specific projects ratified by the AIMSS board include:

The current FIA standard 8856-2000 is now 16 years old. AIMSS will conduct a study of latest technology, fabrics and design to evaluate if this standard still reflects the current state-of-the-art in relation to protective clothing for motor sport drivers and co-drivers.

It is planned to do this research in partnership with the new Global Institute for Motor Sport Safety – the body now responsible for all FIA safety research. 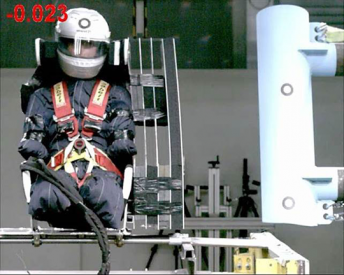 There are conflicting studies and opinions that purport to conclude that those people who have competed in motor sport or who have received professional driver training “off-public-roads” are involved in more crashes on public roads than those who have not.

AIMSS wishes to test the validity of this assumption because of its implications not only for the sport but for the automobile and society in general. It has commissioned an independent university-based study and literature review on the matter, the results of which it is hoped will be widely beneficial especially to motor sport competitors.

AIMSS is aware, through its recent review of rally safety, there are many rally crashes which go unreported or for which data is missing, inconclusive or incomplete, making some objective assessment difficult.

At a time when the FIA has introduced the ‘World Accident Data Base’, for collecting more uniform accident data, AIMSS will seek to design a modern and appropriate system for domestic incident reporting that can allow more objective review of incident patterns locally, and contribute meaningfully to the CAMS and FIA databases, ultimately supporting the Global Institute for Motor Sport Safety’s ability to improve medical and safety procedures and equipment for competition.

In a bid to further reduce the cost of competition, AIMSS is conducting further testing of safety harnesses that have been in use for up to 10 years.
In 2007, AIMSS research identified that there was a legitimate case to extend the life of harnesses for national competition in Australia. CAMS, acting on this, extended the permitted use for national events, from 5 years to 10 years.

This has resulted in significant cost savings for Australian competitors. The objective of the current project is to revalidate the extension process with previously unavailable aged harness samples that have been used in competition since permitted by CAMS following the original research.